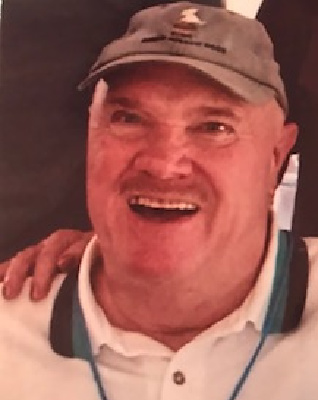 Gary L. Peters, Sr., 78, of Lancaster, passed away peacefully at home on Thursday, April 22, 2021 of congestive heart failure, surrounded by his immediate family.

He was born and raised in Philadelphia, and was the son of the late Ruth Richwine and George Peters.   Gary met his wife Nancy (Shaub) Peters at Wesley College, and together they celebrated 57 years of marriage on June 8, 2020.

Gary graduated from Philadelphia’s Northeast High School where he was active in sports.  He attended Wesley College, Dover, DE on a basketball scholarship and also played baseball.  He captained the basketball team, earning honorable mention as “All Conference.”  In 2014 he was inducted into the Wesley College Athletic Hall of Fame for basketball and baseball.   Gary continued his education at Union College, Barbourville, KY.

Gary coached and played sports most of his life.  He loved activities with his children, grandchildren, and great-grandchild, and maintained his affection for the Philly sports teams.  Gary began his career in the banking/finance arena as a collections officer for a finance company in Philadelphia.  After moving to Lancaster, Gary joined Lancaster County Farmers National Bank as a loan officer.  Thirty-four years and (several) buyouts/mergers later he retired as vice president/regional manager for Wells Fargo Bank.  He ultimately ended his career after spending an additional seven years in commercial lending for Union Community Bank.

After retirement, Gary enjoyed traveling with his wife, visiting family and having fun with friends.  He was an active member of Bethany Presbyterian Church where he served many years as an elder, deacon, and trustee.

Surviving in addition to his wife are a son, Gary Peters, Jr., granddaughter, Brittani Peters, and great-grandson, Brody Peters, all of Williamsburg, KY; a daughter, Wendy Miller, married to Robert Miller, II, grandson, Robert Miller, III, granddaughter, Laura Miller, all of Landisville, PA; sister-in-law, Carolyn Peters Holiday, Ocala, FL.   In addition to his parents, he was preceded in death by his brother, Reverend Glenn Peters and daughter-in-law Pam Peters.

Gary requested no grand finale for his funeral.    He said he didn’t want to attend a function in the horizontal position … he preferred vertical at any type of get-together, and wanted only close family members for his send off.

To my wonderful hubby and Best Friend … this is not a good-bye … it’s a “see you later… you and me together in Eternity!”

If so desired, contributions may be made to Bethany Presbyterian Church, 25 N. West End Ave., Lancaster, PA 17603.  To leave an online condolence for the family, please visit: www.DeBordSnyder.com

Offer Condolence for the family of Gary L. Peters, Sr.