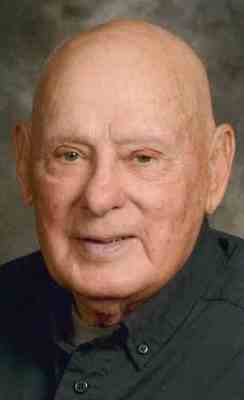 G. Allen L. Eckert, died February 18, 2017 at the age of 87 from an accident. He was preceded in death by his wife, Dolores Rineer Eckert after 62 years of marriage. He was born in Lancaster Township in 1930.

He attended Reynolds Jr. High School and graduated from J.P. McCaskey High School in 1947. After graduating from Millersville State Teachers College in 1951 with a Bachelor of Science degree in Social Studies, he continued his education at Temple University where he received his Master’s degree.

He is survived by his son, Lee A., husband of Tammy Eckert; four grandsons, Eric, husband of Lisa Eckert and Patrick, Austin, and Lee, (Jr.) Eckert; two great-grandchildren, Bradyn and Emma; and two sisters, Janet Lloyd and Beverly, wife of Bill Scaff. He was the son of the late George and Edna Snyder Eckert.

Al played football and ran track at McCaskey. He was a member of the Mile District Relay Team. While at Millersville, he was on the track team for 1 year, and for 3 years he played on the varsity baseball team. He enjoyed playing on the American Legion baseball team for 5 years. In 1948, he had a batting average of 557; one of the highest ever. He also played and coached many baseball teams in Lancaster County. He was elected into the Lancaster County Hall of Fame, and was a member of the Oldtimers Baseball Group. He also played basketball at the Y.M.C.A. and was president of the group for 15 years. Al also enjoyed bowling and golf and was proud to have had a “hole in one” at the Host Resort. He participated in the Senior Games for 20+ years. He was an avid fan of Penn State’s, Millersville’s, Temple’s and Elizabethtown’s sports, and enjoyed following the Philadelphia teams.

Al coached at various levels for many years. He started at Salisbury Township (grades 9-11), coaching soccer and basketball, and baseball for 2 years. The school merged with Paradise, and many of the players took part in the Pequea Valley School teams. He was the varsity baseball coach for 5 years. They were Lancaster County champions in 1957 and 1960. He served as athletic director from 1960-61 and was elected into the Pequea Valley Hall of Fame.

He became part of the McCaskey staff in 1961 and became the J.V. baseball coach in 1963 for 12 years. From 1974-76 he was the Varsity coach, having successful teams in the Lancaster Lebanon League. He became the Cross Country coach in 1972, and had an undefeated team and County Championship in 1973. He coached many teams in baseball at the adult, legion, midget teams in Lancaster and Hempfield.

Al was a Democratic committeeman and District leader in Lancaster Township.

Al was an active long-time member of Unitarian Universalist Church; attending for 55 years and served on various committees. He served in the United States Army from 1951-52.

A Memorial Service will be held on Thursday, February 23, at 11:00 A.M. at the Unitarian Universalist Church, 538 W. Chestnut St, Lancaster, PA  Friends may visit with the family at the church on Thursday from 10:00 A.M. until the time of the service.  Interment will be private and held at the convenience of the family in Conestoga Memorial Park.  In lieu of flowers, contributions in Al’s memory may be made to Millersville University Baseball, P.O. Box 1002, Millersville, PA  17551.

Offer Condolence for the family of G. Allen L. Eckert