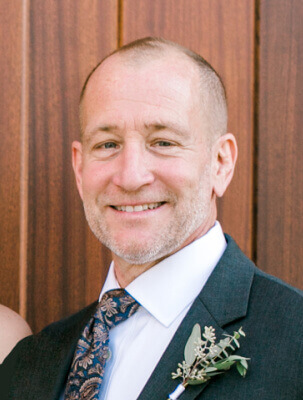 Fredrick Lynn Engle, 60 of East Petersburg, was surrounded by his family as he went home to be with his Savior, on Monday, September 28.  While we grieve his passing, we have hope in his eternal salvation in Jesus Christ.

Fred was the son of Jacob and Naomi Engle, of Maytown and was married 36 years to Nan Heisey Engle.  He was a proud Dad to Bethany Leigh (Cal Napolitano), Erica Lynne (Ben Martin), both of East Petersburg and Mark Heisey (Elizabeth Horst), of Lancaster.  He adored his grandchildren, Elliora Joy, John Bence and Emma Grace Napolitano and eagerly awaited the arrival of Molly Lyn Martin who entered the world the day after his passing. He had looked forward to being as active in the lives of his grandchildren as he was with his own children.

He was a brother to Debra (Dusty Wertz), of Conestoga, Sandy (Haines Henry), of Pequea and Jeff (Kelly Wilkins), of Manheim.  He was the son-in-law of Anna Jane Heisey (deceased John C Heisey), of Lancaster and was a brother-in-law to Barry (Cathy Nye) Heisey, of Franklin, TN. He is survived by numerous nieces and nephews.

Fred co-owned Final Phase Home Solutions, of Manheim along with his brother, Jeff.  He was passionate about his work and valued his customers as friends.  He treated others with respect and taught his children the meaning of hard work and integrity. Throughout his children’s school years, it wasn’t uncommon for Fred to be on a job site and an hour later be on the field coaching baseball or soccer or being present at activities; something he did for each of them.  When the game was over, he was back on the job to finish his day. He was slow to criticize or pass judgment and always willing to lend a hand. Fred attended LCBC, Manheim and Lancaster campuses where he had previously served as an usher.

Fred was diagnosed with ALS (Lou Gehrig’s disease) in 2018.  He fought a courageous fight, staying active in their business as long as possible.  He showed us the meaning of determination but yet surrendering to God’s will for his life. Our family was honored to care for him.  We also want to express our appreciation to the ALS Association of Jefferson and Hershey, the staff of Hospice of Homeland and Allison from Comfort Keepers for their assistance in Fred’s care.  We are truly thankful for all those who supported us on this journey.

In lieu of flowers, we would ask that you consider a donation to the ALS Association to combat this debilitating and devastating disease.  Donations can be sent to The ALS Association Greater Philadelphia Chapter, 321 Norristown Road, Ste 260, Ambler, PA  19002.

Offer Condolence for the family of Fredrick Lynn Engle