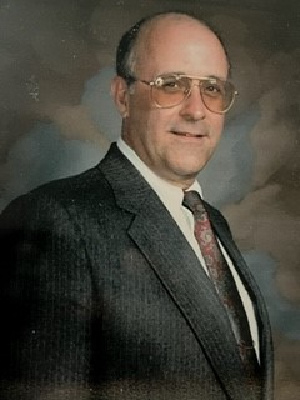 Fredric Boone Vath of Lancaster, Pennsylvania passed away on Sunday, November 7, 2021 at the age of 80. Fred died peacefully in his sleep.

Fredric was born in Reading, PA on September 6, 1941, to father Joseph Leonard Vath and mother Elva Arlene Boone Vath. After attending Reading Central Catholic High School, Fred matriculated to the University of Scranton where he received a bachelor’s degree in electrical engineering. For decades he worked as a manager at RCA, until semi-retirement led him to work at Baldwin Brass and Kelly Cadillac. His work ethic was unparalleled; during his career he moonlighted as a house painter, tree nursery worker, and TV repairman.Fred took special pride in his family and his home. The house, yard, and beloved cars were always immaculate. His love and support of his wife, children, and grandchildren was constant and enduring. He had many friends who always knew they could count on him for lively conversation, a joke or two, and maybe a game of pinochle. Fred had a generous and obliging spirit, and he was eager to lend a hand to his neighbors. He enjoyed spending the early evenings sitting on his front porch calling out greetings to passers-by, playing solitaire, and listening to the Phillies on his radio. He was a regular at the local diner where the owners knew him by name, and the waitresses saved him the best seat at the counter. He also spent many years taking his antique Pontiac to car shows after his son lovingly restored it and gave it to him as a gift. Stamp-collecting and listening to music were also great joys of his. The importance of hard work, education, and good humor were virtues he instilled in his children.

Services will be private to close family only.

Offer Condolence for the family of Fredric Boone Vath