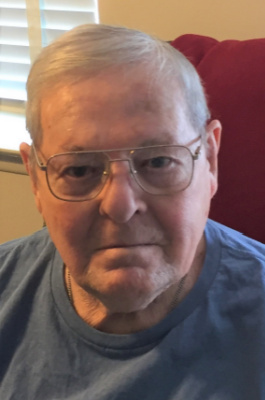 Frederick Hoover Geiter, Jr. 95, of Lancaster, PA and a member of the Greatest Generation, passed away on February 23, 2022, after a brief illness. Fred was born in York, PA to the late Fred and Sadie (Rohrbaugh) Geiter. Fred is preceded in death by his wife, Luella (Richardson) Geiter and his first wife, Betty (Maser) LaTour.

Fred attended J.P. McCaskey High School but left early to do his part in WWII. He enlisted in the U.S. Navy in February 1944, 3 days after his 17th birthday, and remained on active duty for over 2 years. He served on the USS Enoree (AO 69) and earned a Pacific Theater Ribbon (with 3 stars), having seen action in the Battle of Leyte Gulf, Battle of Iwo Jima, and the Battle of Okinawa.

After the war, Fred returned to Lancaster and completed his high school education. Upon graduation, he enrolled in the Boston Technical Institute, MA, training in electrical engineering. This was the foundation of a lifelong love and career as a residential and commercial electrician. He owned his own electrical contracting business and was a well-known residential electrician throughout the Lancaster area. He worked as an electrician for Armstrong World Industries for 28 years. Fred also enjoyed yard sales, 1940’s music, his 5 Boston Terriers, and was an avid fisherman and hunter, spending much of his time at his cabin in Cross Forks, Potter County.

A memorial service will be held on Friday, April 8, 2022 at 11 AM at DeBord Snyder Funeral Home, 141 E. Orange St., Lancaster, PA 17602. Fred will be honored by the Red Rose Honor Guard during his interment at Conestoga Memorial Park following the service. Fred’s family asks that in lieu of flowers, you would consider making a donation to the Humane League of Lancaster.

Offer Condolence for the family of Frederick Hoover Geiter, Jr.