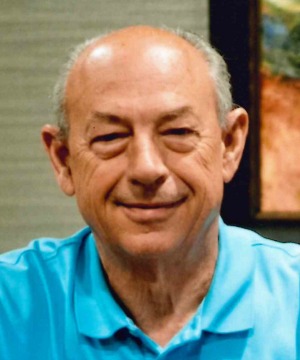 Frederick E. Hess, 70, passed away on Thursday, June 14, 2018 at Hospice & Community Care, surrounded by family. Born in Lancaster, he was the son of the late Arthur and Norma Landis Hess and the husband of Jean Lovett Hess.

He was a 1965 graduate of Warwick High School and was president of the 4-H Club and showed award- winning Hampshire Sheep. From 1967-1969 in lieu of military service he served at the National Institute of Health. He returned home and began working for Hess Bros. Fruit Company, the family business started by his father and uncle. In the mid 1990’s, Frederick and his brother, Gerald, began running the business. He was noted for his leadership on many apple organizations including the U.S. Apple Association, PA Apple Marketing Board, and the U.S. Apple Export Council. He was instrumental in creating a new variety of apples, called Sweet Cheeks. In 2017, he was awarded Apple Man of the Year by The Packer magazine.

He was a member of Neffsville Mennonite Church.

He loved traveling and gardening with his wife, golfing, sailing, skiing, being outside, and spending time with his family.

Surviving along with his devoted wife are two children; Stephanie Gibson (Geoff), Frederick Hunter Hess (Grace), three stepchildren; Brian Jackson (Sarah), Lindsay Romig (Jon), and Colleen Murphy (Rob), and will be dearly missed by 10 grandchildren. He is also survived by two sisters; Mary Ann Scherpf (David) and Catherine Figart (Thomas). He was preceded in death by his parents and his brother Gerald Hess.

A viewing and family visitation will be held on Tuesday, June 19, 2018 at Neffsville Mennonite Church, 2371 Lititz Pike, Lancaster, PA 17601 from 6-9 PM. A Memorial Service will be held on Wednesday, June 20, 2018 at Neffsville Mennonite Church at 1:00 PM. Following the service, the family will be available in the Fellowship Hall for a time of greeting. In lieu of flowers, contributions may be made to the Jefferson Pancreatic Bilary and Related Cancer Center mailed to Dr. Charles Yeo, 1015 Walnut St., Curtis Building, Suite 620, Philadelphia, PA 19107 or online at Giving.Jefferson.edu.

Offer Condolence for the family of Frederick E. Hess