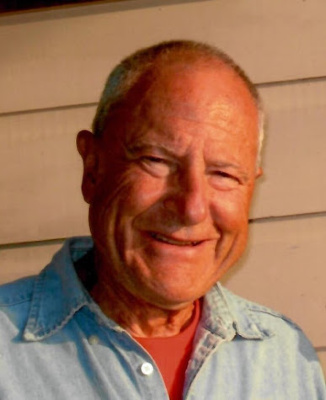 We are saddened to announce that Fred C Geiger, Jr passed away peacefully on February 4, 2020 in Morrisville, VT. Fred was married for 58 years to Joanne Rush Nolt. Joanne preceded him in death in 2012. Fred was also pre-deceased by his brother, Robert Geiger. Fred was the son of Agnes and Fred Geiger, Sr and was born in Orange, NJ on March11, 1929. Fred graduated from Ursinus College in 1951 with a degree in Business Administration. He met Joanne at Ursinus and they married in 1954 and settled in Landisville, PA. Fred served in the Army, stationed in Germany during the Korean conflict. It was in Germany that his passion for skiing was sparked. Skiing became one of his life’s true passions, and one that he passed on to his children and grandchildren. Fred worked for 25 years as the personnel manager at Watt & Shand department store in Lancaster, PA. He ultimately retired from Graphic Trade Services, East Petersburg, PA.

Fred’s life was devoted to service. He was a president and life member of the Landisville Jaycees. He was an active firefighter, serving with the Landisville Volunteer Fire Company for many years. Fred was active in the US Coast Guard Auxiliary and served as Flotilla commander and later served as the Division 5 Vice-Captain. Fred was also elected and served for 18 years as an East Hempfield Township supervisor. He was an ordained Elder at Bethany Presbyterian Church in Lancaster. In his later years, he and Joanne moved to Homestead Village in Lancaster. Fred became a member of the board of directors and president of the resident’s council at Homestead Village. Near the end of his life, Fred moved to Vermont to be close to his loving daughter.

One of Fred’s other passions was boating. He owned a boat in Manasquan, New Jersey and spent many long days cruising, fishing and water skiing with his family. Later, he owned a sailboat and spent much time sailing on the Chesapeake Bay. This transitioned to ownership of a trawler. He and Joanne spent several winters on the trawler in Florida. He was a member of the Marine Trawler Owners Association and served on their board of directors.

Relatives and friends are respectfully invited to attend a Funeral Service at the Church of the Apostles, 1850 Marietta Avenue, Lancaster on Monday, February 10, 2020 at 11:00 a.m. with the Pastor Kathryn Kuhn officiating.  A viewing will be held from 10:00 a.m. until the time of the service.   Fred has requested that any Memorial contributions be directed to the Homestead Village Endowment Fund, 1800 Marietta Ave, Lancaster, PA 17603 or to Hospice & Community Care, 685 Good Drive, P.O. Box 4125, Lancaster, PA  17604-4125.  To leave an online condolence, please visit: www.DeBordSnyder.com

Offer Condolence for the family of Fred C Geiger, Jr