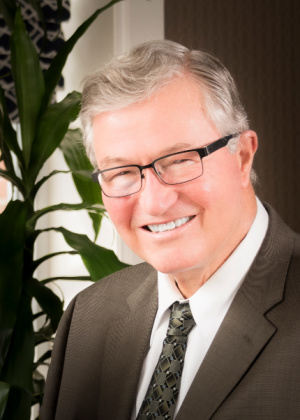 Born October 16, 1935 in Albany, NY, he was the son of the late Frank Elmer Gordon and Dorothy Grace (Wallace) Gordon. He was raised in the Albany suburb of Elsmere. Since their marriage in 1958, he and his wife Barbara have been Pennsylvanians, having lived in Jenkintown, Willow Grove, Hatboro, Beaver, Abington and the Lancaster area. Since 2006, he had resided in the Willow Valley Communities, in Willow Street, PA

Mr. Gordon retired as publisher of the daily/Sunday Beaver County Times and the Allegheny Times in Western Pennsylvania on July 6, 2001, after 17 years in that role and career in newspaper and magazine publishing spanning most of his student and adult life. His only career departure from the newspaper and magazine-publishing industries was in 1973 for two years as a Congressional aid for the late-Congressman Larry Coughlin.

Mr. Gordon graduated from University of Pennsylvania’s Wharton School in 1957 with a Bachelor of Science in Economics. He was also a member of the Theta Xi Fraternity. Following graduation, he worked the next ten years for the Curtis Publishing Co. in Philadelphia as managing editor of the Jenkintown Times Chronicle, Glenside News and Huntingdon Valley Globe. He later worked for five years as an editor for the former Philadelphia Bulletin until it closed in 1982. He started with Caulkins Newspapers later in 1982.

Under Gordon’s leadership as publisher in Beaver, the Sunday Allegheny Times was launched as an edition of the Beaver County Times in August, 1986. Gordon also led the Times switch from evening to morning distribution in April 1997 and its entry into Interactive Media services via first audiotex, and then Internet. The Beaver County Times won six Keystone Sweepstakes Awards for circulation from the Pennsylvania Newspaper Assn. during Gordon’s years as Publisher; in 1987, 1992, 1997, 1998, 1999, and 2000. Earlier, when Gordon was Managing Editor of the Jenkintown Times Chronicle, his newspaper also won two Sweepstakes awards in the weekly division of the statewide contest: in 1969 and in 1971.

Gordon was president in 1992-1993 of the Pennsylvania Newspaper Publishers’ Association. a Harrisburg-based affiliation of nearly all daily and most weekly newspapers throughout the state as well as other, allied electronic media. The Association was a continuing interest and enthusiasm throughout his newspaper career.

He was also an officer and chairman of the PNPA’s for-profit Mid-Atlantic Newspapers Services, Inc. Among other leadership posts with newspaper associations, Gordon served on the Board of Trustees of the Pennsylvania Newspaper Association Foundation, which focuses on funding and offering educational programs for those entering newspaper and allied careers. He was also one of the Foundation Fellows. He served as Publisher Chairman of the Pittsburgh Area Metro Market (PAMM) Newspaper Network, an advertising network of 7 Pittsburgh-area dailies; was president of the Greater Philadelphia Chapter of the Society of Professional Journalists/Sigma Delta Chi; and was Vice-President of the Press Club of Western Pennsylvania.

Gordon’s community activities included steering committees for development and special fund-raising campaigns, including those of Penn State Beaver, the Salvation Army and the Beaver County YMCA. Among other community involvements were: The Advisory Board of Penn State Beaver; the Community Advisory Council of Geneva College; charter membership on the Board of Trustees of the Beaver Area School District Educational Foundation; president of the Beaver County Chamber of Commerce; as well as campaign chairman and president of the United Way of Beaver County.

An active Rotarian during most years of his career, Mr. Gordon was president of the Rotary Clubs in both Jenkintown and later Beaver. He was editor of the “District 745 Rotarian” magazine circulated in its eastern Philadelphia area. Both he and his wife were awarded membership in Rotary’s Paul Harris Fellows.

Gordon was awarded the 1988 G. Richard Dew Award for Journalistic Achievement, described by the Pennsylvania Newspaper Association as its most “most prestigious” journalism award. The award cited Gordon for a series of articles he wrote for his newspaper during the 1987 United Way campaign as well as his own activity with the United Way.

During his earliest fulltime newspaper work in the Philadelphia area, Gordon was awarded membership in the Four Chaplains Legion of Honor by the Chapel of the Four Chaplains in Philadelphia in 1969 “in recognition of outstanding service to all people regardless of race or faith.” He also received the third annual Award for Distinguished Community Service, presented by the Philadelphia area’s Suburban Public Relations Club in 1970 “in recognition of extraordinary public relations achievement in community service and newspaper editorial leadership.

Having enjoyed choral singing in church and high school groups, Gordon also sang in the Penn Glee Club and was a member of its Scales Society. Following graduation, he sang in Philadelphia’s University Men’s Glee Club, several church choirs and most recently in Willow Valley’s Cultural Center Chorale, for which he also scripted performances.

Arrangements are being handled by DeBord Snyder Funeral Home & Crematory in Lancaster, PA.  Relatives and friends are invited to attend a Memorial Service via Zoom on Saturday, January 30th, 2021 at 11:00 AM.  Guests are encourages to enter the Zoom meeting at 10:30 AM for a 30 minute “virtual visitation” until the start of the service.  To access the Zoom meeting please click the following link.  https://us02web.zoom.us/s/88515992879?pwd=eU5jeTBLSDRjdm9LK0ZyR2prQ1E3dz09#success

Please click the link below to download the service bulletin.  If you choose to print the bulletin Print on Both Sides (flip pages on short edge) then fold to create the bi-fold.
FW Gordon Celebration of Life Program
The family would like to acknowledge the love and care the staff at Willow Valley gave to their father. In lieu of flowers, please make donations to the Willow Valley Team Member Appreciation Fund.  Checks may be made payable to Willow Valley Resident Council (memo: TM Appreciation Fund) and sent directly to Fulton Bank, 2430 Willow Street Pike Lancaster, PA 17602 Attn: Branch Manager.  Alternatively, memorial contributions be made to the American Diabetes Association. A diabetic for 70 years, Mr. Gordon is thankful for the advances in treatment that allowed him to live a long, healthy and fulfilling life.

Offer Condolence for the family of Frank Wallace (Wally) Gordon