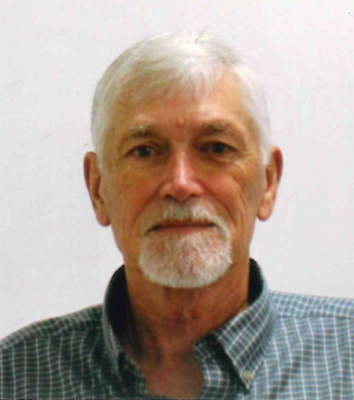 Frank D. Woerner, Jr., 77, of Landisville died unexpectedly at home on November 12, 2021.  He is survived by his wife Vicki (Gainer) Woerner of 28 years. Together they shared a blended family of five daughters, Heather (Woerner), wife of Robert McLaughlin of Timberlake, NC, Gretchen (Woerner), wife of Malcolm Peverely Jr. of Ponte Vedra Beach, FL, Angela, wife of Eugene Schmitt of Columbia, Heidi, wife of Daniel C. Seasock of Lancaster, and Kelly, wife of Randall Fox of York.  He was Grandpa and PopPop to 13 grandchildren and 4 great-grandchildren, all who will miss him dearly.

Born in Lancaster, he was the son of the late Frank D. and Eva (Trimble) Woerner and is survived by two brothers, David, husband of Peggy Woerner and Bob, husband of JoAnn Woerner. After graduating from Millersville State College, Frank spent 35 years as an educator, teaching math at Eastern York High School until his retirement in 1990.  During his tenure as a teacher, Frank and his fellow teacher and friend, Jim, began cutting lawns.  They created a lawn care business that continued well into Frank’s retirement years.

Throughout his life Frank loved being outdoors.  He meticulously maintained his lawn, pond and gardens at home and had a garden plot each summer where he grew more than enough vegetables to share with his family and neighbors.  Whether it was green beans or potatoes, he handed them out by the bag full.

Frank enjoyed bowling and was part of a weekly bowling league for over 40 years.  At one point, he bowled four times a week always putting up a great average.  He earned one of the highest accomplishments in bowling when he scored a perfect game.  We all enjoyed seeing his clever little hop each time he released the ball.

For many years, Frank mastered his wood working skills in his garage.  He was partial to his lathe and made unique and cherished Christmas gifts for his girls and their families.  In recent years, Frank found pleasure retreating to Nanny & PopPop’s mountain house in the Poconos where he worked on puzzles, relaxed on the deck under the shade of the tall trees, and took walks.

As many hobbies as Frank had, his favorite seemed to be being a PopPop.

Relatives and friends are invited to attend a celebration of life service at St. John’s Evangelical Lutheran Church, 616 Locust Street, Columbia on Friday, November 19th at 11 a.m. For the safety of all, masks are encouraged.  Lunch will follow the service.

In lieu of flowers, memorial contributions in Frank’s name may be made to Eastern York Dollars for Scholars, PO Box 95, Wrightsville, PA 17368.

Offer Condolence for the family of Frank D. Woerner, Jr.