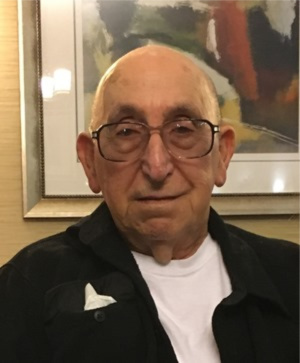 Born March 23, 1935 in Lebanon PA, he was the son of the late Dominic DeGeorge and Raphaelina (DiCarlo) DeGeorge.  He was the husband of Jo Ann (Hinkle) DeGeorge of Landisville, who he celebrated 45 years of marriage with in January of this year.

Frank served four years honorably as an Airman in the USAF, including one overseas tour in Germany.

He spent much of his life as an HVAC technician, working for several companies in the Lancaster Area, and also working with for his son-in-law in the automotive and towing industry. Frank enjoyed spending time with his family, eating, watching Nascar Racing, and collecting Hess Trucks.

If desired, in lieu of flowers, donations toward funeral expenses can be made in honor of Frank and sent to Debord Snyder Funeral Home, 141 E. Orange Street, Lancaster, PA 17602.

Internment and military honors ceremony will be held Wednesday, March 27, 2019 at 11am, at Indiantown Gap National Cemetery, Annville PA.

Offer Condolence for the family of Frank C DeGeorge