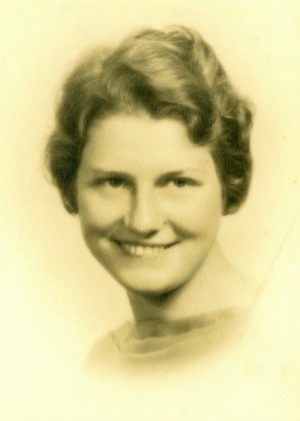 Florence was born April 8, 1915, in Bolivar, PA, and graduated from Bolivar High School in 1932.  She graduated from Penn State University in 1936 with a degree in agriculture.  At Penn State she met her husband, Dan.  They married in 1937.   In 1942 they settled on Penn Manor Farm, a large dairy farm in northern DE.  Florence was always proud to be a farmer’s wife and worked alongside her husband for 35 years, participating in all aspects of the dairy business.  In 1985 they moved to the Willow Valley Retirement Community.

Florence was active in many farm and community organizations including farm cooperatives, Grange and 4-H club.  She volunteered in many capacities including Neighborhood House in Wilmington and Water Street Mission in Lancaster.  She was a member of the Ebenezer United Methodist Church in Newark and St. Paul’s United Methodist Church in Lancaster.  Florence was a loving wife, mother, grandmother and great-grandmother and especially enjoyed being with her family.

Florence was preceded in death by her husband and her oldest daughter Peggy Breslau.  She is survived by two daughters: Carol and her husband Arkan Say of Newark, DE, and Charlotte and her husband Dave Eisner of San Francisco, CA; a son William Harris and his wife Wendy of Paradise, PA; and son-in-law Barry Breslau of Palm Beach Gardens, FL.  She is also survived by seven grandchildren and ten great-grandchildren.

The family is very grateful to the staff at the Glen at Willow Valley and Caring Hospice Services for their care of and kindness to Florence the last several years.

A memorial service will be private. Interment will be in Gracelawn Memorial Park in Wilmington, DE.  Contributions in Florence’s memory may be made to a charity of your choice.

Offer Condolence for the family of Florence Harris