You are here: Home / Obituaries / Eugene “Gene” A. Flanagan 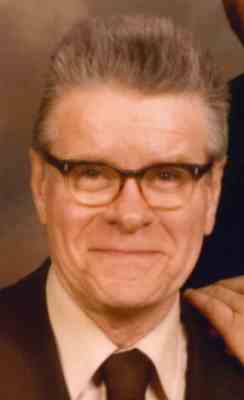 Eugene “Gene” Alphonse Flanagan, was called home to be with his heavenly father on June 1, 2015.  Gene is finally resting in peace after his four year struggle with cancer.

Born in Columbia, on September 15, 1917 he was the son of the late Eugene F. and Agnes Shillow Flanagan.  Gene resided in Columbia his entire life.

Gene graduated from Columbia High School in 1934 and immediately went to work in the family business, Flanagan’s Beer Distributor, which he owned following his mother’s passing..  He worked in the beer distributing business from 1934 until he sold it in 1970.  He ended his working career by working in the Furniture Department at J.C. Penney’s from 1970 to 1982.

Gene was a lifelong and the oldest member of St. Peter’s Catholic Church of Columbia.  He was also a member of the Knights of Columbus, the Holy Name Society, the Toe Hill Hunting Club and the Red Rose Coin Club.

Gene will be sorely missed by his family and friends.  The family would like to thank the Teal Team from Hospice and Community Care for the excellent care and treatment they provided to Gene.

Offer Condolence for the family of Eugene “Gene” A. Flanagan