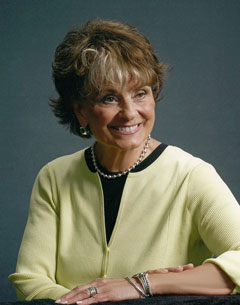 Ethel I. Schmid, age 84, a lifelong resident of Lancaster County, died in Enterprise, Oregon with her beloved daughter and son-in-law, Rebecca and Rahn Hostetter on September 5, 2011.
Upon learning of her terminal illness in July of 2011, she packed her belongings and headed west to be with her immediate family for her remaining days. Grandchildren and great grandchildren welcomed their Mimi with open arms and songs by her bedside up until the night before her passing.
Born in New Holland, Pennsylvania, she was the daughter of the late Harry Weber Wenzel and Viola Diller Wenzel. She was the wife of the late Kenneth R. “Red” Schmid for 58 years. Surviving Ethel is her daughter, Rebecca, wife of D. Rahn Hostetter, of Enterprise, Oregon, four grandchildren, Christi Brann, wife of Darrell, Oregon, Zachary Hostetter, husband of Caitlin, Oregon, Jordan Hostetter, Washington DC, Anna Knecht, wife of Henry, Idaho, her daughter-in-law, Lyn Schmid, wife of the late Michael Schmid, two sisters, Mary Herr Stoppell of Chestertown, Md., and Helen Barley Herr of Washington Boro, Pa. She was predeceased by a brother, John Diller Wenzel and a sister Vera Falk. She has many nieces and nephews..
Ethel was a wonderful extrovert who had what the French called joie de vivre and she naturally loved all kinds of people! Those traits and her gifts landed her a job as the first female sales merchandiser to grocery stores working as a sales rep for the James A. Weaver Company, a food brokerage firm.
She garnered many awards and accolades and was the first woman to blaze this grocery trail in the entire nation. She retired from the James A. Weaver Company in 1999 after a long and successful career.
She volunteered and raised money for Hospice of Lancaster County. The outgoing octogenarian was also a member of Calvary Church and participated in the women’s Sunday School Class for many years. She was also a member of the Stonecroft Ministries and Christian Business Women.
Tennis was her passion and she was an avid competitor in doubles matches two times each week. Ethel played her last games in April of 2011. Sadly, she missed watching the U.S. Open and her beloved Rafael Nadal this past weekend!!!
Relatives and friends are respectfully invited to attend a memorial service at Calvary Church, 1051 Landis Valley Rd., Lancaster, PA on Saturday, September 10th at 11:00 A.M. The family will greet friends immediately following the memorial service. Private interment will be held at the convenience of the family. In lieu of flowers, contributions in her memory may be sent to Providence Academy, 203 E. Main St., Enterprise, OR 97828.

Offer Condolence for the family of Ethel Schmid