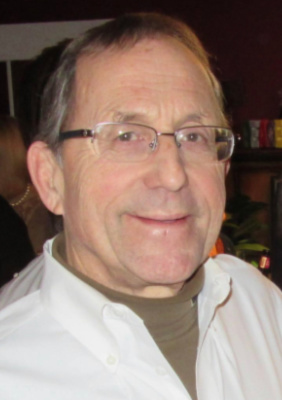 Eric Brubaker Marsh passed away peacefully in hospice care on March 3, 2021.  He was preceded in death by his parents, Ruth B. Marsh, and Franklin R. Marsh, both longtime residents of Lancaster.

Eric was born on August 15, 1945 in York, Pennsylvania.  He spent most of his life at home in Manor Township, West Lancaster in the area historically known as Kreadyville.  There he worked at restoration of his family homestead, and was known as the self-anointed Mayor of Kreadyville.  He graduated from Penn Manor High School in 1963, attended Wittenberg University in Springfield, Ohio, and obtained two bachelor’s degrees from Millersville University.  College years were interrupted as he volunteered for military service with the United States Marine Corps, serving his tour as a G2 Specialist for the 2nd Marine Air Wing in the Republic of Vietnam.

Eric used his education degree as he taught Social Studies, Industrial Arts, and Technical Arts most notably at New Oxford High School, in New Oxford, PA.  These specialty course students benefitted from his talents as an Artisan Crafter and Photographer.  He also utilized these same talents in many other projects.  Eric’s talents were many, but small compared to his huge heart, and constant caring for friends and others, whenever in need.

Eric is survived by his daughter Catherine Marsh Edwards, her husband Franklin, and grandchildren Bryce and Mia.  He is also survived by brother Jo Franklin Marsh (Jennifer), and his former spouse Carol F. Hawk.

Family would like to thank the many friends and loved ones who supported Eric. Memorial service arrangements will be made at a later date. In lieu of flowers, contributions in Eric’s memory can be made to Hospice and Community Care.

Offer Condolence for the family of Eric Brubaker Marsh