You are here: Home / Obituaries / Elwin I. Peet 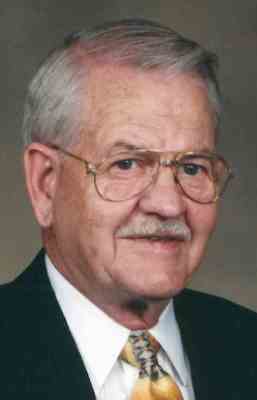 He was married 66 years to Julia Clark Peet.  Born in Camptown, PA he was the son of the late Glenn and Edith White Peet.  He was a 1944 graduate of Camptown High School.

Elwin retired after 40 years with G.L.F. (Grand League Federation) then Agway Petroleum.  He started in Mansfield, PA then Greene, NY, Bloomsburg, PA, and Newtown, PA before coming to Lancaster in 1969. He was president of the Modern Heat Council of Lancaster and active in the petroleum industry.

After retirement, he and his wife spent their time extensively traveling the 50 states and Canada.  He also worked part-time at Nolts Ponds for five years.  He was a devoted husband and father always busy with his many activities but never too busy to lend a hand.  Elwin was a U.S. Army veteran of the 79th Engineers Construction Battalion.  He received his training at Ft Dix, NJ and served in France and Germany from 1954-1956.

He was a member of St. Leo the Great Catholic Church.

Surviving besides his wife is a son, Lawrence of Lancaster; a sister, Doris wife of Edson Howell of Watkins Glen, NY and three nieces.

Offer Condolence for the family of Elwin I. Peet