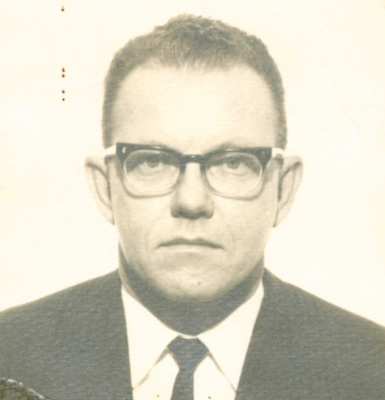 Ellie, as he was affectionately known to friends, was born on January 21, 1926 in Kountze, TX to Ellie L. Adams, Jr. and Minnie Robbie Burns. He graduated from Kountze High School in 1943 and joined the Army to proudly serve his country in 1944-1946. He was a graduate of American Television Institute of Technology in Chicago, IL. He worked at RCA/GE as an electronic technician/engineer in Lancaster, PA from 1950-1986 and served as Chairman of the RCA/BVALE/GE Annual Retirement Dinners for 13 years. He was married to his sweetheart, Betty Chubb, May 20, 1946 at the Army Air Force Base in San Antonio, TX and together they raised a daughter, Shirley Daniels of Ephrata and a son, Kevin Adams of Lancaster.

Ellie had a passion for working in his garage, gardening, teaching his grandchildren, nature, fishing, hunting, woodworking, serving at his local church, Christ United Methodist Church for 60 years, and volunteering in local organizations such as Claire House, Retirement Services Volunteer Programs and using his handyman skills. He was a lifetime member of DAV and an avid hunter and fisherman and loved to spend time at his cottage in Ickesburg, PA. He also had been active with Cub Scouts Pack 92; Junior Achievements. He loved to bird watch and made a hobby of keeping the squirrels out of the bird feeder.

He was married to the late Betty Chubb Adams for 58 years at the time of her passing. He was also preceded in death by his brothers, Bob Adams and Sam Adams/spouse Bonnie, both of Texas, and his mother and father Mr. and Mrs. Ellie L. Adams Jr. He is survived by his daughter Shirley M. Daniels, wife of David Daniels of Brownstown, PA, a son Kevin L. Adams, husband of Sharon Louise (Burkholder) Adams and former husband of the late Carol Ann (Myers) Adams of Lancaster. He is survived by his sister, Orion Ruth who currently resides in Texas, his son and daughter and their spouses and children, grandchildren and great-grandchildren.

A memorial service will be held on Saturday, August 20th at Christ United Methodist Church in Lancaster, at 10am. Memorial contributions may be made to his church at 935 E. Walnut St, Lancaster 17602.

Offer Condolence for the family of Ellie Lewis Adams III