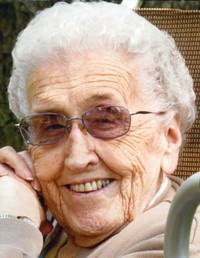 Elizabeth T. “Mrs. R” Rager, 93, of Lancaster, died Wednesday August 26, 2015 at her home surrounded by her loving family. Born in Milroy, PA, she was the daughter of the late Merle and Adda (Pecht) Treaster. She was the wife of the late Paul R. Rager, who preceded her in death on April 12, 2006.

She was the manager of the snack bar at both the Sky Vue and Comet Drive-In Movie Theaters, which were managed by her husband Paul.

Mrs. R was a lifelong member of Milroy Presbyterian Church, and in more recent years was a devoted attendee at St. Peter’s Lutheran Church in Lancaster.

The times she enjoyed most were “Happy Days”, where she would take each of her grandchildren out on their birthday on different adventures.

She was preceded in death by her husband Paul; her brothers, Merle, Jay & Carl Treaster; and a son-in-law, Charles Miller.

Her family would like to express their appreciation for the compassion shown by Hospice & Community Care, especially the Home Care nurses; the CHF Clinic at the Heart Group, especially Lisa Rathman; and the Rev. Craig A. Ross, of St. Peter’s Lutheran Church for his many home visits.

Relatives and friends are respectfully invited to attend a Funeral service at St. Peter’s Lutheran Church, 10 Delp Rd., Lancaster, PA 17601 on Sunday, August 30, 2015 at 2:00 PM with the Rev. Craig A. Ross officiating. Friends may greet the family at the church from 1:00 PM until the time of service. Interment will immediately follow the service at the Neffsville Brethren Cemetery, 60 Buch Ave., Lancaster, PA 17601. In lieu of flowers, contributions in her memory may be made to Hospice & Community Care, 685 Good Drive, P.O. Box 4125, Lancaster, PA 17604-4125 or to St. Peter’s Lutheran Church Memorial Fund, at the previously identified address.