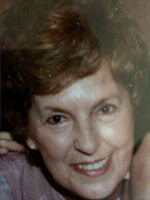 She was the wife of the late R. Frederick Bleecher who died in 1994.  Born in Lancaster, she was the daughter of the late Ralph, Sr. and Julia Quino Bowers.

Betty retired from Lancaster General Hospital where she had been employed in Central Supplies.  Prior to that she had worked at Schick for many years.

She was a member of St. Anthony of Padua Catholic Church.  Betty was a great cook and was known far and wide for her Easter Eggs.  Her goal in life was to make sure that everyone who came to visit her left happy.

Offer Condolence for the family of Elizabeth Jane “Betty” Bleecher