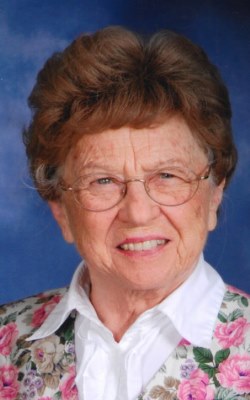 Eleanor “Elly” Seidel Tucker, 92, a resident of the Willow Valley Communities died Friday, August 19, 2016. She was married 69 years to Carl L. Tucker.  Born June 5, 1924 in Passaic, NJ she was the daughter of the late Alfred and Livia Harre Seidel.

Elly was a graduate of Bloomfield High School in NJ, and Concordia College, Bronxville, NY.  Before marriage she worked as a secretary in the Engineering Department of General Electric and then as secretary to the Executive Director of The Family and Children’s Society in Montclair, NJ.  Later in life she got her real estate and broker’s license and was a realtor for 20 years in Skaneateles, NY.

When the family moved to Skaneateles, NY , she was active in the First Presbyterian Church as a Sunday School teacher, Elder, Deacon and as moderator of Presbyterian Church Women.  Elly held memberships in Monday Evening Book Club, P.E.O. of Syracuse and the Art Guild.  She also volunteered for Meals on Wheels and F.I.S.H.  After coming to Willow Valley, she resumed her interest in oil painting and became active in Paul Keating’s Art Class, was a volunteer at the Welcome Center and also at the second floor of the Glen for the worship service.

Surviving besides her husband is a daughter, Eloise Tucker wife of Dale Meadowcroft of Mechanicsburg, PA; a son Carl Edward husband of Doretta Agostine Tucker of Jenkintown;  four grandchildren, Christine Meadowcroft Hoffner wife of Michael, Alexander, Kayla and Perri Tucker; and two great grandchildren, Abigail and Joshua Hoffner.  She was preceded in death by a daughter Diane Elizabeth Tucker of Syracuse, NY who died in 2003.

Offer Condolence for the family of Eleanor “Elly” Seidel Tucker