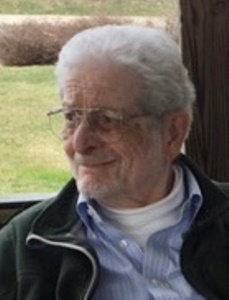 Elbert C. Gay, 80, of Lancaster, passed away on January 2, 2020 at Hospice and Community Care in Mount Joy. He was the loving husband of Carol J. (Chiesa) Gay for 59 years.

He was born in Johnsonburg, PA to Elbert Walter and Loretta Evelyn (Rosenhoover) Gay.

Elbert graduated from Johnsonburg Area High School, Johnsonburg, PA. After graduation, he served in the Navy. He proudly served from 1957-1963. Elbert was assigned to the USS Steinaker DD-863 and achieved the rank of Electronics Technician Second Class. He was deployed to the Mediterranean from February 1959 to September 1959.

He was employed as an Electrical Technician for RCA and enjoyed corporate travel to production plants in China and Mexico City.

In addition to his loving wife, he is survived by three children: Bryan Gay of Lancaster, Lisa Fink, married to Ronald Fink, of Manheim and Stephanie Reindollar of Lancaster and two grandsons, Coleman and Gabriel Fink. He is also survived by his brother, Phil Gay, husband of Carol Stevenson, of Monkton, MD and sister, Juli Hagy, wife of Don, of Beavers Falls, PA.

The funeral service is private with Reverend Bernardo Pistone officiating.

Offer Condolence for the family of Elbert C. Gay