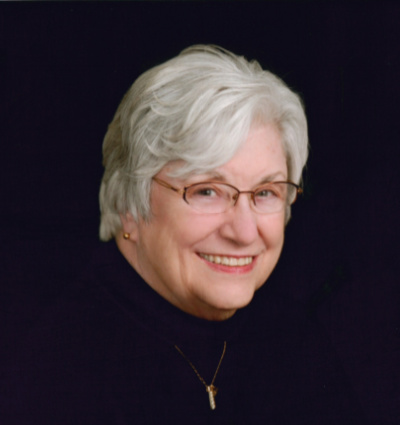 Elaine Williams Foreman, passed away on November 11, 2021 after a few months in nursing care.  A resident of Brethren Village in Lititz for the last 17 years, Elaine, 85, lived a full life including residing in many places around the US and for a time in Asia.  Born in Akron Ohio in 1936, Elaine’s family lived in Wisconsin before moving to Montclair, NJ where she grew up.  She attended Miami University in Ohio before transferring to Cedar Crest College in Allentown PA where she graduated in 1958 with a degree in biology.   Soon after college while working in a lab for a pharmaceutical company, Elaine married William E Foreman, her husband of 62 years, whom she met during his time at nearby Lafayette College.  They embarked on a life of serving others through the military and in the community including time up and down the eastern US and in Okinawa.  During her early years as an Army Chaplain’s spouse, she was a mom to two kids and a long-time volunteer with the American Red Cross on the military bases they called home.  During a time when her family lived in NJ and her children were in school full day, she followed her heart’s desire to go back to school and become a registered nurse.  After graduating from Muhlenberg School of Nursing and Union County College, she embarked on a long nursing career that included working in a hospital setting, medical offices, private duty, and hospice care in addition to being active in the churches she and husband attended/served.

In later years, Elaine was active with another passion, quilting, and became a member of PEO, a women’s service club where she enjoyed many good friends while helping young women succeed.  She and her husband, Bill, have attended Highland Presbyterian Church since returning to Lancaster to live at Brethren Village.  While Elaine is not from Lancaster originally, she always felt like it was home.

Elaine is preceded in death by her parents, Horace and Hazel Williams, her two sisters, Maralyce Newberry (Jesse) and Audrey Gregg (David).  Surviving Elaine are her loving husband, the Rev. William E. Foreman, a resident of Brethren Village, her children, Karen Foreman of Atlanta GA and William Kurt Foreman and his wife, Julie Foreman of Middletown DE.  Elaine has four grandchildren, Rebecca Bolin (Jeremy), Emma Foreman Lewis (Shelby), Nathan Foreman and Thomas Foreman, and two great granddaughters.  Other family members include her sister-in-law, Phyllis Miller of Lancaster and extended family of cousins, nieces and nephews throughout the country.

Relatives and friends are invited to attend a Memorial Service in the chapel of Brethren Village, 3001 Lititz Pike, Lititz, PA 17543, on Monday, January 10, 2022 at 11:00 AM.  A visitation will be held from 10:00 AM until the time of the service.  Interment will be private at the convenience of the family at National Presbyterian Church in Washington, D.C.  Memorial contributions in her memory may be made to:  PEO International, 3700 Grave Avenue, Des Moines, IA 50312 (Designation: Continuing Education).

Offer Condolence for the family of Elaine Williams Foreman