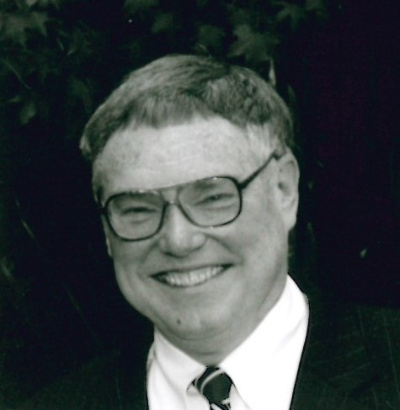 He was born in Lancaster, PA to Alice Phetteplace Jaeger and Edward Frederick Jaeger. He graduated from Deerfield Academy, Deerfield Massachusetts and was a Deerfield Academy Trustee. He graduated from Dartmouth College and was proud to say he was a “Double D.” He also served on Tabor Academy’s Board in Marion, Massachusetts our daughter’s school.
He served in the U.S. Army from 1966-1969 and was in the Medical Service Corps and served as supply officer at the 17th Field Hospital at An Khe, Republic of Vietnam and the 67th Evacuation Hospital at Qui Nhon, Republic of Vietnam. His rank was a Captain in the U.S. Army.

He was the past CEO of EHD in Lancaster and founded EHD Advisory Services. He was a past Rotary District Governor for District 7390. He also served on multiple community boards. He is survived by his wife of 52 years, Elizabeth Pierce Jaeger, who was by his side until the end of his life. He leaves behind his daughter Elizabeth J. Krueger and son-in-law Matthew A. Krueger and grandson Erich S. Krueger, all in Allen, Texas. He also leaves a son E. Pierce Jaeger, daughter-in-law Dominique M. Jaeger and two Grandsons, Logan R. Jaeger and Kellan J. Jaeger, all in Braintree, Massachusetts. He also is survived by his sister Barbara J. Gillis and Brother-in-law Dan E. Gillis, both in Lancaster.

He also leaves his best buddies from his youth on the WEA Softball Team. They all were in each others weddings and he was the Godfather for three of their children. Some of them have gone before him. We know they are up there drinking beer, eating pretzels and Zangari’s pizza because in heaven all things are possible. The stories of their shenanigans kept us laughing at every WEA get together and I thank them for their support and all our friends. I thank the wonderful Homestead staff in Radcliff House for their loving, compassionate care of Ed.

Offer Condolence for the family of Edward Phetteplace Jaeger