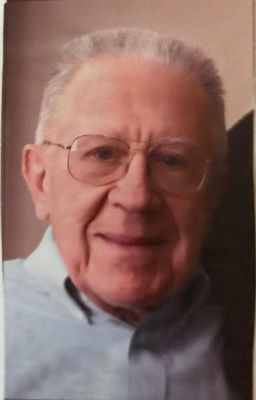 A graduate of Kingston High School Class of 1942, Edward received a B.A. Degree from Muhlenberg College in 1948 and received a Professional Certification in Advertising and Journalism in 1949 from the Charles Morris Price School in Philadelphia.

Edward also served with the U.S. Navy Construction Battalions from 1943-46, with duty in Hawaii, Guam, and in the occupation of Japan. He was a Life Member of the Navy Seabee Veterans Association, Island X-5, Lancaster, and Commander, 2001-02.

Active in the community, Edward was a member of the Alpha Tau Omega Fraternity, Kingston Lodge #395, F&A.M., received the 60- Year Service Award from the Grand Lodge of PA in 2006, was the 2002-03 President of the Lutheran Historical Society of Lancaster County, member of the Silver Threads of Lancaster, member of Trinity Lutheran Church since 1954 where he served as a member of the Vestry, was a teacher in Sunday School and Adult Form, lay reader, and various committees and activities.

Edward is survived by his wife, children; Edward L. Jones, III, husband of Gloria Jean Jones, of Millersville, PA and Catherine J. Bowers of Madison, TN, ,6 grandchildren; Jarrame, Jayson, Matt, and Brandon Bowers, Robert Jones, and Christina (Jones) McElroy, 8 great-grandchildren, and 5 great-great-grandchildren.  He was preceded in death along with his parents and first wife by a sister; Elizabeth J. Dann.

A memorial service will be held on Wednesday, February 9, 2022 at Trinity Lutheran Church, 31 S. Duke St., Lancaster, PA 17602 at 2 PM. Visitation will occur from 1 PM until the time of service. Interment in the church memorial gardens. Please omit flowers; memorial contributions may be made to the church at the address above.

Offer Condolence for the family of Edward L. Jones, Jr.