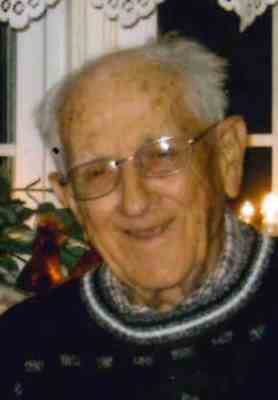 He was the husband of Ruth Weaver Gola.  Edward was born and raised in Clifton, NJ.

Eddie served in the U. S. Army Airforce during World War II and was a member of the 544 Air Service Group.

Eddie enjoyed garage sales and public auctions, animals and politics.  He was known as a person with great mechanical ability and was always willing to help anyone with anything they needed.

Surviving besides his wife is a son, Edward, Jr. husband of Paulette Gola of Stockton, NJ; two grandsons, Mark and Edward Gola;  three great grandchildren; and a daughter, Barbara wife of Ronald McCloud of Lancaster.  He was preceded in death by eight siblings.  He will be sorely missed by his cat Bella, who gave him great joy.

Relatives and friends are invited to attend a Graveside Service on Monday, February 29, 2016 at 1:30 P.M. at Indiantown Gap National Cemetery, Annville, PA.  Everyone is invited to come to the DeBord Snyder Funeral Home, 141 E. Orange St., Lancaster, PA on Monday at 11:45 to join a procession to the cemetery.

Offer Condolence for the family of Edward F. “Eddie” Gola