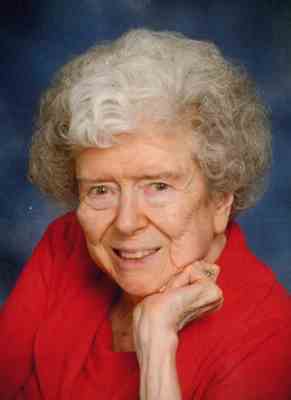 Edna R. Marcantonio, 91, a resident of the Mennonite Home, was called home by her Lord and Savior on Thursday, January 26, 2017.

She was the wife of the late Salvatore Marcantonio who died in 2004.  Born in Brooklyn, NY she was the daughter of the late Thomas and Lillian Edmond Byitte.

Edna was a homemaker and had done a lot of babysitting in the past.  She was a member of Grace Baptist Church in Lancaster, and enjoyed reading and gardening.

Surviving is a son, Douglas husband of Norma Marcantonio of Newburgh, NY; two daughters, Barbara wife of Michael Zimmerman of Lancaster, and Elaine Marcantonio of Pomona, NY;  two grandsons, Jonathan and Timothy Marcantonio; and five great grandchildren.  She was preceded in death by 12 siblings.

A Funeral Service will be held on Wednesday, February 1, at 11:00 A.M. at the Chapel of the Mennonite Home, 1520 Harrisburg Pike, Lancaster, PA with the Rev. Marvin Reich officiating.  Friends may call at the Mennonite Home on Wednesday from 10:00 A.M. until the time of the service.  Interment in the Millersville Mennonite Cemetery.  In lieu of flowers, contributions in her memory may be made to World Relief, 7 E. Baltimore St, Baltimore, MD  21202 or to the Bethesda Mission, P.O. Box 3041, Harrisburg, PA  17105.

Offer Condolence for the family of Edna R. Marcantonio