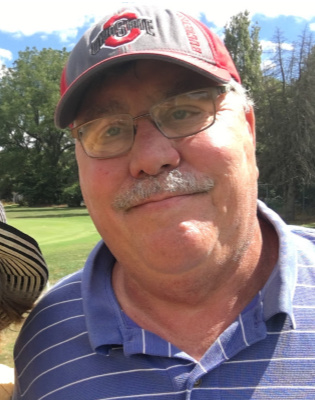 Dwight Clarence Niese, who always made time for a cup of coffee with a friend while proudly wearing his alma-mater’s scarlet and grey, passed away on Friday, January 10, 2020 at the age of 70 after a battle with cancer.

A beloved husband and father, Dwight was born and raised in Putnam County, Ohio, where his family farmed soybeans, corn and wheat. He graduated from THE Ohio State University (Go Buckeyes!) in 1971, where he earned a Bachelor of Science degree in Economics. During this time, Dwight met the love of his life, Linda. He swept her off her feet, and they were wed on August 7, 1971, and later welcomed two children into their family.

After college, a strong work ethic and love of country led Dwight to enlist in the Army and serve his country honorably. He also later went on to study Robotic Engineering at Lima Technical College, a subject he excelled at both scholastically and in his professional career. His work provided the opportunity for Dwight to become a world traveler who experienced many different cultures and returned home with many stories that he shared with family and friends.

Dwight and Linda raised their family in Putnam County, where they continued working the family farming business, and where Dwight also started his engineering career at Phillips Magnavox. He worked there for 10 years before taking a new job with Thomson and relocating to Lancaster County, Pennsylvania – which Dwight jokingly referred to as “Pennsyltucky.” He disliked the potholes and traffic of the Keystone state but soon found a community of neighbors who he would come to call dear friends. Dwight enjoyed golfing with his buddies, getting Dairy Queen with Linda in his canary-yellow Corvette, watching old John Wayne movies in his man cave and completing the New York Times crossword puzzle. He was a good card player, and trivia wizard. Football season was holy. And when the first iPad landed under the Christmas tree years ago, he became a big fan of Monster Legends.

In addition to being a respected Quality Control Engineer, Veteran, Husband and Father, Dwight enjoyed being called ‘Pops.” He taught his grandson to ride a bicycle without training wheels, helped put together thousand-piece Star Wars legos, and loved giving rides on his green John Deere.

Dwight is survived by his wife Linda Niese; his daughter, Vanessa Frederick and her husband, Junius; his son, Damon Niese and his wife, Traci; his brother, Rene Niese and wife, Judy; his sister, Lucretia Rosengarten, and her husband Jerry; his grandchildren Saxon and Hayden; and several cousins, in-laws and friends he considered family.

For those whose lives were touched by Dwight C. Niese, services will be held at DeBord Snyder Funeral Home & Crematory, 141 East Orange St, Lancaster, PA 17602 on Thursday, January 16, 2020. The visitation will start at 9:30 AM and the service will begin at 11:00 AM.

Offer Condolence for the family of Dwight C. Niese