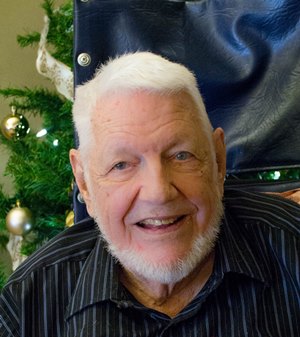 James S. Martin, born October 31, 1922 in St Louis MO, passed away on January 18, 2016.  He was the son of Sloane and Sara Swift Martin.  A resident of Lancaster since 1928, Dr. Martin spent his last 20 years at Homestead Village Retirement Community.

Dr. Martin, an eagle scout, graduated from McCaskey, F&M, and Johns Hopkins Medical School.  An army captain in WW2, he was stationed at Valley Forge Hospital.  He initiated the Physical Therapy Department at LGH.  He retired after 40 years as a family doctor, having delivered exactly 500 babies.  The Lancaster New Era awarded him the Red Rose for his long time membership in Sertoma and service on the boards of Lancaster Symphony Orchestra, YMCA, and City Arts Council.  He served 50 years as choir member at St James Episcopal Church, sang with the Lancaster Chamber Singers and many other choral groups.  He delighted in summers at Pinewoods Music Camp and playing recorder with small groups.

Relatives and friends are respectfully invited to attend a Memorial Service on Saturday, April 9, 2016 at 11:00am at St James Episcopal Church, 119 N Duke St, Lancaster, PA 17602.  A visitation will be held from 9:00 AM until the time of the service.  Contributions in his memory may be made to St. James Episcopal Church or to the Homestead Village Retirement Community Endowment Fund,1800 Village Cir, Lancaster, PA 17603 or to the charity of one’s choice.

To leave an online condolence for the family please visit:  www.DeBordSnyder.com

Offer Condolence for the family of Dr. James S. Martin