You are here: Home / Obituaries / Dr. Gilbert B. Lyons 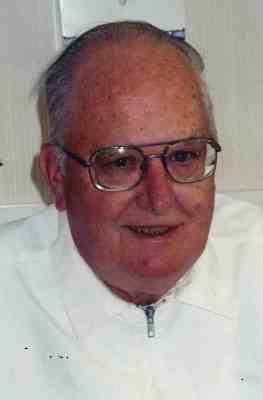 Dr. Gilbert B. Lyons, 85, beloved husband of Elaine Lebo Lyons, son of the late Gilbert I. Lyons and Janet F. Lyons, passed away peacefully Wednesday at The Glen at Willow Valley. Gil and Elaine celebrated their 60th wedding anniversary in June of 2016. He is survived by his daughter, Janet E. Lyons and her partner Robin A. Stokes of Upper Darby, Pa, and his son Gilbert B. Lyons, Jr., husband of Carlie B. Lyons, and grandchildren Brittany B. Lyons, Waverley N. Lyons, and Gilbert “ Pierce” Lyons all of Lancaster.

Gil graduated from McCaskey High School in 1948 where he swam competitively and competed in the PIAA District 3, 50-yard freestyle championship. He was a 50+ year member of the McCaskey Hi-Y Club which continued to meet yearly after graduating from high school. He studied at Franklin and Marshall College where he continued to swim competitively.  During his collegiate summers, Gil was the Aquatic Director at the original Camp Shand in Carlisle Pa, where he met the love of his life, Elaine Lebo.  After 3 years at F&M, Gil entered Temple University Dental School from where he graduated with a DDS degree.

Following graduation from Temple, Gil served in the United States Navy and was stationed at Quantico, Va. as part of the Dental Corp., After serving our country, Gil moved back to Lancaster and started his private dental practice which he continued for 40 years. He was a compassionate, gentle dentist loved by both children and adults alike.

Gil’s dental career and community service extended beyond the office as he served as the Dental Health Chairmen for the Lancaster County Dental Society where, from 1959 to 1962, he contributed to, and edited 164 weekly articles that appeared in the Lancaster Newspapers. These articles were designed to inform and answer common dental questions for the public. During the tenure of Mayor Thomas Monaghan, as a member of the Dental Society, Dr. Lyons helped promote the importance of adding fluoride to the Lancaster City Water supply in order to help prevent tooth decay.

In the 1960’s, Gil served with the late Richard R. Reese and the Jaycees of Lancaster to advocate for, and promote the benefits of installing seat belts in Lancaster area automobiles.

Gil served as a Director, and then President of the Boys and Girls Club of Lancaster. During his tenure, he was responsible for the conceptual development, as well as the financial advancement for the utilization of Camp Hogan.

As a member of Rotary Club of Lancaster since 1972, Gil continued his community service as an active member for 40+ years with perfect attendance. He was a Paul Harris Fellow and served on many committees. Gil was also a member of the Lancaster Pirates where he served as Chief.

Gil was a Past President of the Lancaster County Art Association, a Charter Member of the Fine Arts League of Lancaster, and headed the 10th Open Awards Art Show of the Fine Arts League. Later in life, he enjoyed sculpting, woodcarving, leather crafting, furniture making, and embroidery.  He loved to cook and looked forward to creating fabulous holiday meals for friends and family. He was a lifelong member of the First Presbyterian Church of Lancaster.

He was predeceased by his sister Janet L. Snyder and her husband Charles V. Snyder, Esq. of Lancaster. He is survived by his nieces Barbara Snyder and her son Theodore Wohlsen of Lancaster, Carolyn Snyder of Leesburg, Va., and Laura Snyder Ewens wife of Robert P. Ewens and Marc and John Ewens of Tucson Az., and many nieces and nephews.

A Memorial Service will be held on Saturday, August 20, 2016 at 11:30 A.M. at First Presbyterian Church of Lancaster, 140 E. Orange St., Lancaster, PA with the Rev. Dr. Donald W. Hackett officiating. Friends may call at the church on Saturday from 10:30 A.M. until the time of the service.  Interment will be private and held at the convenience of the family in the First Presbyterian Church Memorial Gardens.  Please omit flowers, memorial contributions may be made to the Boys and Girls Club of Lancaster, the Rotary Club of Lancaster, or, in his memory, you are requested to do an act of kindness for others.

Offer Condolence for the family of Dr. Gilbert B. Lyons