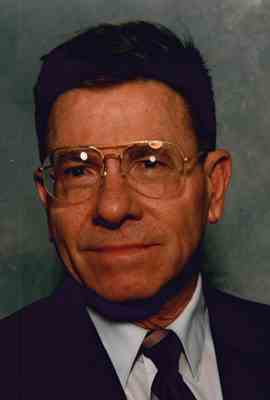 Dr. Edward Lee Lancaster, Jr., M.D., died Tuesday, September 27, 2016 peacefully surrounded by his wife of 60 years, Virginia, and family.  Ted was born January 16, 1924 in Lancaster General Hospital where he later practiced Orthopedic Surgery for over 40 years.  He made a real difference in the lives of the many patients he treated!

Ted was born to Professor Edward and Caroline Kuhlmann Lancaster.  He attended the Franklin and Marshall Academy as a boy and graduated from McCaskey High School.  He attended and graduated from Franklin and Marshall College and Thomas Jefferson Medical School.  He served his country in Korea for 20 months rising to the rank of Captain; commanding a field hospital attached to an Artillery Battalion during the Korean Conflict.

The family, friends and community around Ted are grateful for the loving care and support he received from the Skilled Nurses and Staff at the Courtyard at Brethren Village and Hospice and Community Care.

Dr. Lancaster was a member of Highland Presbyterian Church, 500 East Roseville Road, Lancaster, where services will be held at 4:00 P.M. on Sunday, October 23rd.  Friends may call at the church on Sunday from 3:00 P.M. until the time of the service.  Interment will be private and held at the convenience of the family.  In lieu of flowers, contributions in Dr. Lancaster’s memory may be made to the Schreiber Pediatric Rehabilitation Center of Lancaster or Highland Presbyterian Church.