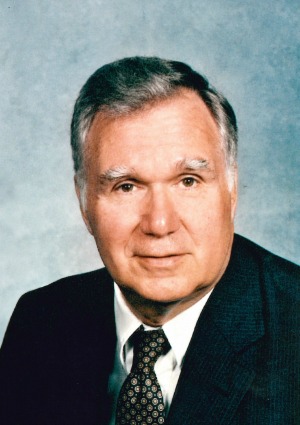 Dr. David E. Wiley, 89, of Lancaster, passed away on July 19, 2018 at the Masonic Villages in Elizabethtown. He was the loving husband of the late Janet S. Wiley who preceded him in death in 2013.

Born in Lancaster, PA, he was the son of the late Edgel W. and LeVohn (Pace) Wiley. David was a proud graduate of McCaskey High School where he played football, wrestled, swam, and ran the high hurdles. After McCaskey, he went on to play football for the University of North Carolina at Chapel Hill. He was a member of the Phi Delta Theta fraternity and was proud of having played in the Cotton Bowl and the Sugar Bowl for his beloved Tarheels. David served in the Army during the Korean War.

David went to medical school at Philadelphia College of Osteopathic Medicine. After graduation, he returned to Lancaster and went on to have a distinguished career as an obstetrician/gynecologist. He delivered more than 6,000 babies over the course of his career and served as the president of the Lancaster City and County Medical Society.

In his spare time, David enjoyed fishing, hunting, traveling, music, and photography but, most of all, he loved spending time with his family. He was an active member of Highland Presbyterian Church where he served as an elder and as one of the choir’s biggest fans. He was a proud member of the American Medical Association, American Osteopathic Association, Pennsylvania Osteopathic Medical Association, Edward Hand Medical Heritage Foundation, the Hamilton Club, Lancaster Pirates, McCaskey Men, GRUMPS, ROMEOS, and the Tucquan Club.

He is survived by three daughters, Susan Lee, Ann Louise, and Sandra Kay. Relatives and friends are respectfully invited to attend a Memorial Service at Highland Presbyterian Church, 500 E. Roseville Road, Lancaster, PA 17601 on Saturday, August 4, 2018 at 11:00 AM. The family will receive friends from 10:00 AM until the time of the service. Interment will be private at the convenience of the family.

In lieu of flowers, contributions may be made in his memory to: Alzheimer’s Association, 225 N. Michigan Avenue, Floor 17, Chicago, Illinois 60601 OR at https://act.alz.org.

Offer Condolence for the family of Dr. David E. Wiley