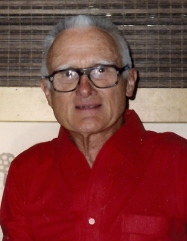 Among family and friends, he will be remembered for many things. Among these are his generosity, open-mindedness and sense of fair-play, a wry sense of humor, love of tennis and photography, for the novel he wrote following retirement, and for his belief in a holistic lifestyle and diet.

Arch grew up in northern New Jersey, primarily in the Ramsey area. After attending high school in New York City, he and his brother attended William & Mary College, then transferred to the University of North Carolina at Chapel Hill, partly to play on their tennis team. He did his pre-med studies at UNC and then graduated from the Philadelphia College of Osteopathy in 1942. He was a member of the first class of interns at Lancaster Osteopathic Hospital and subsequently served two terms of residency.

Returning to New York, he worked in the medical office of his grandmother, Dr. Clara Briggs and assisted in surgeries at the Manhattan General Hospital Clinic, while attending classes at Columbia University.

He, with his wife, Jean and son, Don, returned to the Lancaster area in early 1948, beginning private practice which lasted until his retirement in 1997. In those years, he delivered nearly 400 babies. During the 1980s and 1990s, he served as a Deputy Coroner for Lancaster County under Dr. Barry Walp, D.O. and Dr. Whitlaw M. Show, D.O.

Arch was an avid sailor for most of his life. Competing in the National One Design Class, he won numerous club championships with the Susquehanna Yacht Club and in 1963, won the Eastern States Championship held locally on Lake Clarke. Later, he and his family sailed PaceShip sloops for many years out of Oxford, Maryland. Dad taught the sail course classes for the local Red Rose Chapter of the U.S. Power Squadron. He was recognized in 2009 for 50 years of membership and service with the organization.

Offer Condolence for the family of Dr. Arch K. Meserole