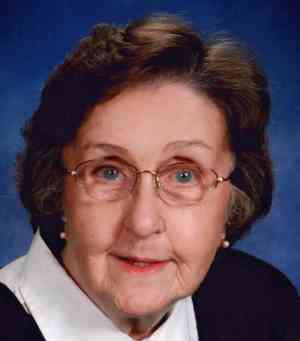 Dorothy Young Smoker, 81, of Millersville, died peacefully at home on September 12, 2015 after a 2 year struggle with a brain tumor.  She was born in Lancaster on August 2, 1934 to the late J. LeRoy and Rhoda W. (Stauffer) Young.

Dottie was a 1952 graduate of Millersville Manor High School.  She was employed by the American Lung Association for several years.  She then worked for the Easter Seals Society, which transitioned to the Schreiber Pediatric Rehab Center where she was the financial and human resources director, retiring in 1999.

Dottie was a member of First Presbyterian Church, Lancaster where she served as a deacon.

Relatives and friends are respectfully invited to attend a Memorial Service in First Presbyterian Church, 140 E. Orange St., Lancaster, PA on Friday, September 25, 2015 at 11:00 a.m.  Family will greet friends immediately following the Memorial Service.  Private interment will be private at the convenience of the family.

Offer Condolence for the family of Dorothy Young Smoker