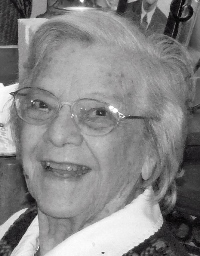 Dorothy Richards Wilson, 95, of Lancaster, passed away on Wednesday, October 21, 2015 at Mennonite Home.

She was the wife of the late Preston A. Wilson who died in 1985. Born and raised in Harrisburg, she was the daughter of the late George K. and Eva (Spangler) Richards.

Dottie graduated from John Harris High School and the Harrisburg Hospital School of Nursing, and she attended Boston College. In March 1943, she enlisted in the U.S. Army Nurses Corps as a registered nurse attached to the U.S. Army Air Corps and attained the rank of Captain. First stationed at the Don CeSar Army Air Corps hospital in St. Petersburg, FL, she was later one of seven nurses selected to open a new hospital at DeRidder Army Air Base in DeRidder, LA. In 1944 she was transferred to Gourock, Scotland. After D-Day, her unit traveled from Scotland to England and crossed the English Channel to France, where she spent the remainder of the war until her discharge in 1946.

A long time member of Highland Presbyterian Church, Dottie was active in the Quadrille Dance Club, Lancaster’s Town Club and the Manheim Township Auxiliary to Lancaster General Hospital. For twenty years she worked as a volunteer financial secretary for Manheim Township Ambulance Association and later as a clerical volunteer at Hospice of Lancaster County where she accumulated more than 1,000 hours of service.

In addition to her husband and parents, she was preceded in death by her sisters, Louise R. Spangler and June R. Markley and her brother, 1st Lt. John E. Richards who was killed in WWII.

The family would like to thank General Internal Medicine, Lancaster General Hospital’s ER staff and the cardiac unit on 5 North, Mennonite Home, and Hospice and Community Care for their compassionate care of our mother and grandmother.

Funeral arrangements are being handled by DeBord Snyder Funeral Home & Crematory and a private interment in the Memorial Garden at Highland Presbyterian Church will take place at the convenience of the family.

In lieu of flowers, the family requests contributions are made to Arch Street Center, 629 N. Market St, Lancaster, PA 17603.

Offer Condolence for the family of Dorothy R. Wilson