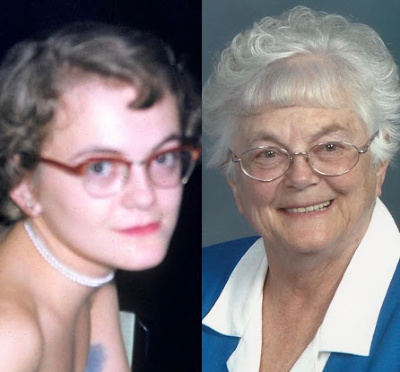 Dorothy “Dottie” Arlene Hammon (formerly Kauffman) passed away peacefully on Sunday, February 2, 2020, surrounded by family and friends. She was preceded in death by her parents, Clarence Milo and Ruth Retta Rhoads Hammon, her sisters Baby Girl Hammon and Pauline Hammon Bachman. She is survived by her sister and brother-in-law, Janet and Ken Smeltz; her 7 children, 19 grandchildren and 9 great-grandchildren.

Known as Oma by her family and friends, her accomplishments over 86 years in this world are many. She lived her life for her family and made many personal sacrifices on behalf of her kids.

Born in Quarryville in the Southern End, Dottie’s heart always belonged to Lancaster. Most recently she resided at the Mennonite Home. She attended Brecht Elementary School, Reynolds Junior High, J.P. McCaskey High School, Class of 1951. She graduated with honors from Goldey-Beacom College in Wilmington, Delaware, after which she started her life-long career as secretary and office manager.

She was a member of the National Honor Society and worked on the yearbook staff in high school. She had a love for the theater which she passed down through the generations. At McCaskey, Dottie was the stage manager and student director while becoming part of the National Thespian Society.

After high school, Dottie married Marvin Kauffman, another McCaskey graduate of the Class of ’51, and they became the parents of 7 children born over 10 years. As mother of 7, Dottie would shout out each of her children’s names until she made her point known. We have been known since 1965 as Dorie-Barbie-Dougie-Betsy-Ruthie-Peter-Philip (one word). If you wanted to be part of the family, typically known as an “outlaw,” memorizing this in the proper sequence was required. She managed the 7 of us with the help of cousin Linda Geist Hiney.

Dottie worked full time for almost 20 years at the Harold E. Smith Company as Office Manager/Inside Sales. She loved every day she was there. From 1985-1989, Dottie worked in Washington, D.C. as a sales rep and legal secretary before making a permanent return to Lancaster. Dottie served as the Administrative Assistant to Lancaster Mayor Janice Stork from 1990-1992.

She bought a home near the Lancaster Country Day School and in September of 1992 she joined LCDS as the Assistant to the Headmaster. She thrived in this role and became an integral part of the school’s operations team. Dottie retired from this final “official” position in 2003.

Dottie’s devotion to McCaskey High School increased as she became part of the original leadership team for the Alumni Association. Her smile still greets you on the Association’s home page on Facebook.

We traveled frequently as a family. Most interesting was our trip to the Netherlands for a year in 1965. We left the U.S. with 6 siblings and came back with 7. Somehow, Dottie got 3 of us off to school, took care of 4 at home and navigated our daily lives even though she did not speak the Dutch language.

Other favorite travel destinations included Disney World, the Florida Keys, China, and most memorably Red Lodge, Montana. Can you imagine driving across the country with 7 children in a station wagon?

Oma Dottie was adored by her grandchildren! “Oma’s House” was the gathering place for family and friends. Oma also loved hosting her entire family at the beach. For more than 20 years, we gathered for a week at shore venues including Sea Isle City, N.J. and Sandbridge Beach, VA. On any given day, 30 or more family members and friends would be together in one location where the third generation of cousins really established life-long friendships. In her own miraculous way, Oma enjoyed parasailing over the ocean, rotating who went up in the air with her. At the height of the sail, Oma would sing “How Great Thou Art.” Anyone who shared the adventure with her was required to sing along. She took to the air every year until 2019.

Dottie’s other family treasure was the “Chicken Corn Soup” which has been her family’s reunion tradition on the third Sunday in August for more than 80 years. We now average 150 attendees every year on a family farm in Southern Lancaster County, often with five generations of the Rhoads family together. She was also locally famous for hosting bridge parties, making endless pans of lasagna and hosting backyard dinners for Franklin & Marshall College faculty and students, high school sports teams, and family milestones.

The people at the Mennonite Home, as well as the Hospice & Community Care of Lancaster County, have been a wonderful support team through this journey. We wanted to take this moment to thank each of you for being part of Oma/Dottie’s life story. Your love and friendship are with her always.

“Remember me and smile, for its better to forget than to remember me and cry.’’ Dr. Seuss.
A celebration of life service will be held Saturday, Feb. 8 at First United Methodist Church at the corner of Duke and Walnut Streets in Lancaster. Visitation 1-2 p.m. Service 2-3 p.m. Light refreshments at church at 3 p.m. Interment in Mount Hope Cemetery will be held at a later date.

Offer Condolence for the family of Dorothy “Dottie” Hammon