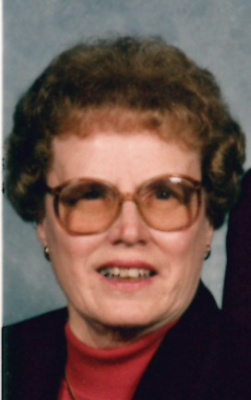 Dorothy Clare Nolan of Lancaster passed away surrounded by her family on December 18, 2021.  She lived at the Brethren Village Retirement Community.

Born in Bayonne NJ in 1926 she was the daughter of the late Alvah J. Scott and the late Edna McNaughton Scott.

Dorothy was a charter member of Highland Presbyterian Church, a member of the Lancaster Women’s club, the Towne Club of Lancaster, a member of Meadia Heights Golf Club, a past President of the Bogota Junior Women’s Club and the Secretary-Treasurer for the Lancaster County Youth Amateur Hockey League.

Her hobbies included golf, bridge and crossword puzzles.  She was a volunteer at the voting polls and a census taker for many years. Her passion was spending time with her family. She was a devoted wife, mother and grandmother.

Dorothy was proceeded in death by her Husband of 64 years, Richard A. Nolan, and her brother Alvah J. Scott of New Jersey.

She is survived by her daughter Barbara L. Nolan, of Brownstown, her son Richard A. Nolan of East Petersburg, Donna E. Nolan, wife of Richard and two grandchildren, Reith A. Nolan and Randen J. Nolan.

In lieu of flowers donations may be made to Highland Presbyterian Church, 500 E Roseville Rd, Lancaster, PA 17601

DeBord Snyder Funeral Home & Crematory, 141 E. Orange Street, Lancaster, PA is in charge of arrangements. Condolences may be at www.DeBordSnyder.com

Offer Condolence for the family of Dorothy C. “Dot” Nolan