You are here: Home / Obituaries / Dorothy A. Parmer 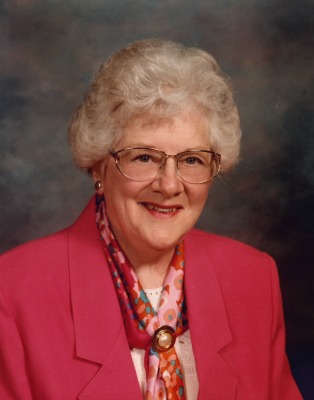 Dorothy Amelia Pontz Parmer died on Monday, March 20, 2017 at her home with her loving daughter, JoAnne by her side.

A life-long resident of Lancaster, Dorothy was born on October 8, 1924, and was the youngest daughter of the late Emma Amelia Minder Pontz and Clarence E. Pontz, Sr. She was preceded in death by her parents, her beloved husband William Glenn Parmer in 1988, and her 6 siblings: Clarence, Richard, Chester, and Edward Pontz, Marguerite Fulmer and Jennie Killian.

Dottie was a graduate of J.P. McCaskey High School where she loved singing and performing in Glee Club. She sang in the Lyric Singers prior to becoming a charter member of Lancaster Opera Workshop in 1952, where she sang roles in numerous operas, and acted as costume and make-up designer.

She was the organist and choir director at Ascension Lutheran Church for over 40 years, starting with the pump organ as a young girl, and continued her music career at Christ United Methodist Church for the next 20 years, retiring at the age of 85.

Dorothy was a lifetime member of the Musical Art Society in Lancaster. Beginning in 1941, she served as the secretary, Vice President, president, board member, music week chairman and state board member. Along with her dear friend, Ruth Humphreville, she began the Workshop for Young Performing Artists and for over 25 years, she wrote, produced and directed the Music for a Summer Night series on Tuesday nights in June, with proceeds going toward the society’s  Scholarship Program to benefit young musicians. The program continues to be a successful contributor for young musicians and they recognize Dottie each season.

From 1965-74, Dottie created the Music Box Nursery School in her home and taught children in a rich environment of musical and creative experience four mornings a week. In the mid- late 60s, Dottie and her husband, Bill, were mentors and board members for Sing-Out Lancaster, where she was also stage manager and costume chair.

Dottie, also known as “The Mad Hatter”,  was well known in Lancaster and surrounding areas for her one-woman shows in which she wrote and sang a variety of 10 musical acts in which she displayed her musical talent, humor, elaborate self-made costumes and her lavish hat collection. She performed over 700 shows in many clubs, churches, banquets, parties, retirement homes, schools, spanning over 40 years, with her friends in music, Helen Buss, her daughter Patti, and for most of the journey, Gwen Weisman, as her accompanists. Dorothy and Gwen performed in Chautauqua, NY, and were made honorary members of the Woman’s Club, an experience Dorothy cherished greatly.

Dorothy was a faithful servant of the Lord, and had a great passion for music, her house filled with practicing musicians, her organ and piano, up through the last year of her life. She was an avid seamstress, and designed costumes, clothing and what her family knew as “opera dolls”, each one depicting a main character in her favorite shows which filled the shelves of her sewing room. These she took to many schools and groups to share about her knowledge of opera and music. She loved flowers and gardening along with her animals, the last being her cat Pinky and her dog Sophie who stayed by her through her final days. Most of all she was devoted to her family to whom she is dearly loved and will be deeply and forever missed.

Offer Condolence for the family of Dorothy A. Parmer