You are here: Home / Obituaries / Doris U. Moyer 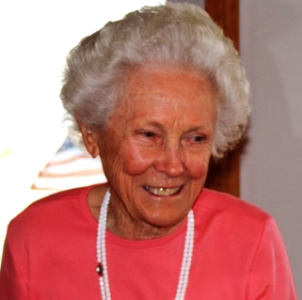 A graduate of Pottstown High School, Allentown Hospital School of Nursing (RN), and the Albert Einstein Medical Center School of Nursing (MS, Anesthesia), she was a nurse anesthetist, and later, a school nurse.  She chose to be a full-time mother and homemaker when her children were born.  After raising her family, she earned a real estate broker license and practiced for thirty-five years, founding her own firm, Doris Moyer Real Estate, in 1984.

A founding member of Westgate Baptist Church in Lancaster, she served on the Board of Trustees, Board of Deacons, taught Sunday school, and volunteered countless hours for over forty years.  A committed volunteer, a few of her activities were:  Girl Scout Troop Leader, Cub Scout Den Mother, Member of Order of the Eastern Star, Chapter 501, Lancaster General Hospital Chaplain’s Office volunteer, and founder of the Macular Degeneration Support Group, Chairperson of the Loss of Hearing Group, member of The Red Hat Society at Brethren Village.

She loved spending time in Ocean City, NJ, walking on the beach and attending the Ocean City Tabernacle.  She enjoyed travelling with her late husband and family, and was an avid theatergoer.

Born in Pottstown, PA she was the daughter of the late Lewis and Harriet (Spiese) Umstead, and the sister of Lawrence Umstead.  She shared sixty-two years of marriage with Daniel W. Moyer, Jr., who past away in 2006.

Her children and grandsons were the light of her life, and she was a treasured support for each of them. Surviving is a daughter, Harriet Moyer Aptekar, wife of Dr. Donald W. Aptekar of Denver, Colo.; a son, Daniel W. IV, husband of Linda Kendig Moyer, of Lancaster; four grandsons, Daniel W. Moyer V., David J. Moyer, Jacob W. Aptekar, and Noah L. Aptekar.

In lieu of flowers, contributions in Mrs. Moyer’s memory may be made to the Brethren Village Samaritan Fund, 3001 Lititz Pike, Lancaster, PA 17606.  To leave an online condolence for the family please visit: www.DeBordSnyder.com

Offer Condolence for the family of Doris U. Moyer