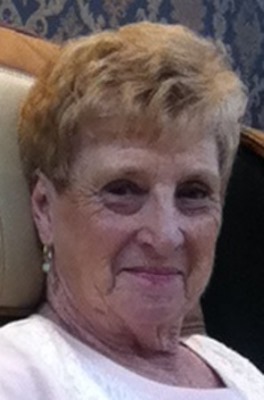 Doris Lillian Ketner DeCarlo, 80, of Lancaster, was called home by her Lord and Savior, unexpectedly on Sunday, February 19, 2017.

Born in Lancaster, she was the daughter of the late Leroy and Lillian McClarigan Ketner.

Doris was a graduate of J. P. McCaskey High School and a longtime member of St. Joseph Catholic Church.  At the church, she was involved as a eucharistic minister and enjoyed her time visiting folks at Lancaster General Hospital and Hamilton Arms.  She had also served on various committees of the church.  Doris enjoyed reading and supporting her family in all the activities they were involved in.

Doris had worked for RCA in the late 50’s, took some time off to raise her children, and then worked as an administrative assistant at Logics Inc. for many years.  Following her retirement she worked part time at Sigma Technology Systems.

She will be sorely missed by her family which includes two daughters, Denise DeCarlo-Yantz wife of Kurt Yantz of Locust Grove, VA, and Diane wife of Michael Hohenwarter of Holtwood; a son, Guy Michael DeCarlo of Conestoga; two grandsons, Ryan J. Yantz companion of Catherine Davis of Arlington, VA and Christopher Michael Yantz companion of Kelsey Messerley of Falls Church, VA; and a brother, Ronald J. Ketner of Lancaster.  She was preceded in death by a sister Nancy Ketner.

Offer Condolence for the family of Doris Lillian Ketner DeCarlo