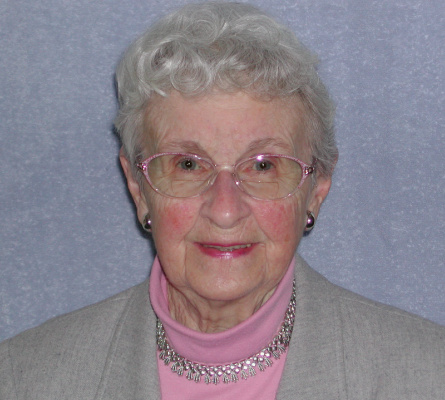 Doris J. Biggs, 96, a twenty-year resident of Landis Homes Retirement Community in Lititz PA went to be with the Lord on September 28, 2020

Born in Lancaster on 8 March 1924, Doris was the daughter of the late Roy and Emma Ochs Jackson. She was the wife of the late George A. Biggs, with whom she shared 63 years of marriage.

She graduated from J.P. McCaskey High School in 1941 and married George A. Biggs in 1944. Doris worked for many years at Armstrong Contracting and Supply and enjoyed hiking with husband and son in the hills of the Lebanon Pumping Station and collecting rocks, minerals, and fossils with them in quarries in Lancaster County and Chester County. She edited the Keystone Newsletter of the Mineralogical Society of Pennsylvania from 1965-1969 and later served as its President.

Doris was preceded in death by her husband George, and her parents Roy and Emma Jackson. She is survived by her sister, Arlene J. Peffley; her son, Douglas Biggs and his wife Carol, granddaughter Jenny Biggs, and nieces Vicki (Peffley) Vargish and Lori  (Peffley) McEntarfer.

Her family suggests memorial contributions in her memory to the charity of your choice. To leave an online condolence, please visit www.DeBordSnyder.com

Offer Condolence for the family of Doris J. Biggs