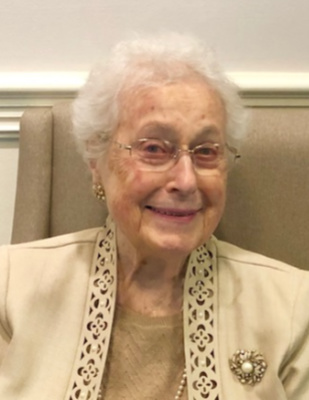 Doris graduated from West Lampeter High School and after her husband died, received a degree in Fine Arts from Temple University.  In 1975 she opened one of the first fine art galleries on Orange Street in Lancaster.  Doris was also the owner of Conestoga Valley Interiors where she used her talent to help clients with interior design and furnishings.

Later in life she enjoyed working in retail jewelry stores and selling diamonds. She managed Musselmans Jewelry store in York and later worked for Warren Jewelers. Throughout the years, she was still always happy to help people with their interior design.

Doris was a member of First United Methodist Church, also a member of Media Heights Golf Club where she participated in the ladies’ golf program.  She was an avid bridge player and belonged to social card clubs, as well as the Towne Aces.  She was an active member of the Daughters of the American Revolution.

Doris had a love for art, music, culture and history.  She was an avid reader, especially enjoying historical biographies, political and Christian faith books.  While living in Merion, she had season tickets to the Philadelphia Orchestra and later she would greatly enjoy her grandchildren’s musical concerts.  Doris was also responsible for writing the Mylin family genealogy entitled “Meile.”

Doris enjoyed floral arranging and entertaining her family and friends. She was a great cook and many will remember her bleu cheese dressing, rumaki and manhattans. She enjoyed spirited conversations and held strong to her convictions.

Due to Covid-related risks all services will be held privately at the convenience of the family.

Offer Condolence for the family of Doris E. Biechler