You are here: Home / Obituaries / Doris B. VanAntwerp 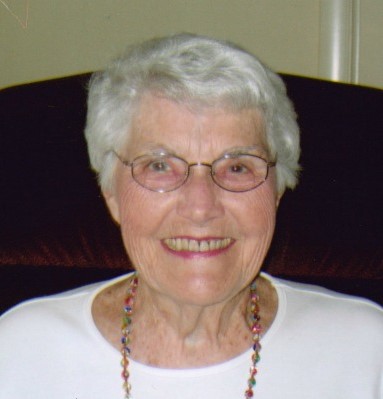 Doris B. VanAntwerp passed away peacefully at In Touch Hospice, Somerset, Pa. on August 25 with family by her side. She was born on December 12, 1925 to C. Merrill and A. Marie (Hawkins) Buckman. She was raised in Newtown, Pa. until moving with her family to Schwenksville, Pa. at age 11. She graduated from high school in Schwenksville with honors. From there she went to Penn State University earning a BA degree in Psychology, 1947. It was there that she learned to play bridge which was her passionate hobby until her passing. She was an expert player who was hired by several cruise lines to teach and run games. For the last 15 years she enjoyed playing in the local ACBL club and counted many of the players as good friends.

While at Penn State she met Lewis J. VanAntwerp at a bridge game. They were married October, 1947 until his death in 1999. She and Lew raised their family and lived in Bethlehem, PA. until Lew retired. At that time they moved to Sun City, Arizona, delighting in the many activities and warm weather. Doris moved to Lancaster,Pa. in 2002 and settled in at Homestead Village.
While living in Bethlehem, she heard the clear message of the Gospel and gave her life to the Lord. Her faith always gave her the assurance that God was in control of her life which was exhibited by her kind spirit and not giving into despair during difficult situations.

She is survived by her four children: Carol, wife of Edward Sunbery, Craig, husband to Jane, Joan, wife of Ezra Tice, and Kenneth, husband to Nancy; 10 grandchildren, and 17 great grandchildren. She was a wonderful mom who loved all her family and she had many dear friends.

Offer Condolence for the family of Doris B. VanAntwerp