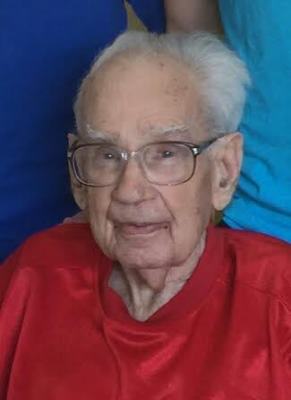 Donald S. Harsh, 90, of Lancaster, passed away on Saturday, January 23, 2016 at Lancaster General Hospital.  He was the loving husband of the late Myrtle Harsh who passed away in 2013.

Born in Lancaster, PA he was the son of the late Amos and Ruth Harsh.

After graduating from McCaskey High School, Donald went on to proudly serve in the U.S. Navy then spent much of his professional career with Armstrong World Industries.

In his spare time he enjoyed playing Bingo, as well as bowling for the Armstrong Bowling League and excelled at fast-pitch softball during his younger years. Don was an avid Phillies and Eagles fan. He enjoyed hearing stories about his Great Grandchildren success in sports and academics.

He was a long-time member and crew chief of ushers of First United Methodist Church.

He is survived by a son James D. Harsh of Jupiter, FL., 4 grandsons, 1 granddaughter and 16 great grandchildren.  In addition to his wife he was predeceased by a son, Donald M Harsh Sr.

Relatives and friends are respectfully invited to attend a Funeral Service at DeBord Snyder Funeral Home & Crematory, 141 E. Orange St., Lancaster, PA 17602 on Thursday, January 28, 2016 at 11:00 AM.  A viewing will be held at the funeral home on Thursday from 10:00 AM until the time of the service.  Interment to follow in Mellinger Mennonite Cemetery.  In lieu of flowers, contributions may be made in his memory to Make-A-Wish Foundation.

Offer Condolence for the family of Donald S. Harsh