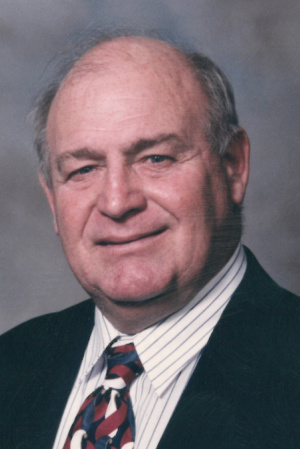 Donald (Don) M. Harman of Lancaster, Pennsylvania passed peacefully away at home surrounded by his family on December 17, 2020 at age 85.

Don was born of the late Merle and Mary Harman in Harrisburg, Pennsylvania. Sports were a big part of his life and he played on one of the first McCaskey championship football teams. Football was his ticket to Gettysburg College. He said many times that he would have never been able to go to college without a football scholarship. After college he officiated football and track for 28 years. At McCaskey, he met his wife Audrey Cope to whom he was married 63 years and who was always devoted to him.

He was a first lieutenant in the army working with guided missiles. He was an infamous earth science teacher in Lancaster City School District for 35 years. He taught a generation of students, including his future son-in-law, “dem rocks are hard.” In the summers, he recruited a varsity crew of students, teachers, and friends to paint houses. Don was a noted prankster and teller of tall tales. After his retirement he and Audrey traveled the world; his favorite place to visit was Alaska.

He taught his children the importance of faith, family, and humor and that will be his most important legacy. He is survived by his wife Audrey; his children Jan Mandros (Vasilios) and Mark Harman (Christine); his grandchildren Athena (Wil), Simos, Mark, and Brooke; and (his imaginary friend) Sue Digman who lives by the feather factory. He is preceded in death by his daughter Cynthia.

Offer Condolence for the family of Donald Merle Harman