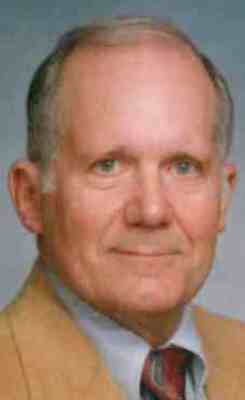 Donald L. Schmid, age 82, died peacefully at the Mennonite Home on July 8th surrounded by his loving family.  He is survived by his loving wife, Marilyn, to whom he was married for 60 years.

A life-long resident of Lancaster, County, he was the son of the late Anna Barbara and Bertram James Schmid.  He attended James Buchanan Elementary and was a 1951 graduate of Penn Manor High School.

Don attended the National Radio Institute in Washington, DC and subsequently entered the army in 1953.  He was a veteran of the Korean War, 223rd Quartermaster Corps, where he served in LaRochelle, France and earned the Expert Marksman Award, the Good Conduct Medal, The Korean Service Medal and rank of PFC.

Don took over the family-owned business, Schmid’s Electrical Store, from his father and provided service to the community for over 30 years.  He also worked briefly at Armstrong World Industries and High Associates before retiring.  Don was a faithful servant of God and a member of Willow Street United Church of Christ since 2000, where he served on various committees, and as usher and bus driver.  He was previously a member of Hamilton Park U.C.C.  Don was a man of selfless service.  He was a former member of the Wheatland Lions Club, serving as President, board member and was named “Lion of the Year” in 1970-1980.  He also served his community via the Wheatland Fire Company, serving as President, Assistant Fire Chief and board member and he also enjoyed his membership in the Millersville Hunting Club.

In addition to his wife, Marilyn, Don is survived by a son, Eric Schmid, husband of Ora Jane, a daughter, Karen Pastrana, 5 grandchildren and one great granddaughter.  He was predeceased by a son, Bradley Scott and grandson Jared Robert.

Don was a man of faith, a wonderful husband, father, grandfather and friend to everyone.  His joys in life included boating, visits to the mountains, fishing, snowmobiling, traveling and spending time with his family.

The family extends its gratitude to the caring staff at the Mennonite Home, who provided loving and dignified care to Don for the past five years, and to Hospice and Community Care for the compassionate care in his final days.

Relatives and friends are respectfully invited to attend a Memorial Celebration of Donald’s life at Willow Street United Church of Christ, 2723 Willow Street Pike, Willow Street, PA on Sunday, July 12th at 3:00 P.M. with the Rev. Ron Bohannon officiating.  Friends may call at the church on Sunday from 2:00 P.M. until the time of the service.

In lieu of flowers, the family would appreciate any memorial contributions be made to either: The Alzheimer’s Association, PO Box 96011, Washington, DC 20090-6011

Offer Condolence for the family of Donald L. Schmid