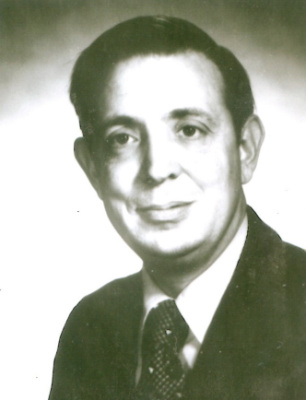 He was born in Philadelphia, PA and raised in nearby Springfield. Donald graduated from Springfield High School, was a graduate of Shippensburg University and earned a Master’s Degree in Library Science from Peabody College of Vanderbilt University. He graduated with honors and was inducted into Beta Phi Mu Library Society. He also served in the US Navy as a Petty Officer 2nd Class in the personnel office.

Don spent his professional career as a professor at Millersville University. He retired as associate professor of library emeritus.

He was the son of the late Edwin and Florence (King) Tribit. He was the loving husband of Ida Katherine (Clark) Tribit for 56 years.

Don was a member of First United Methodist Church of Lancaster. He belonged to the Masons and was State President of Travelers Protection Association. He was an avid traveler visiting 6 continents and enjoyed vacations with his wife and daughters. He was also a loyal Eagles and Penn State fan.

In addition to his wife Katherine, he is survived by a daughter, Emily Gerhardt (Christopher) and a grandson Caden living in Forest, VA. He was preceded in death by his parents, stepfather Dean Stephens and by his daughter, Elizabeth E. Tribit.

Relatives and friends are invited to attend a Funeral Service officiated by Rev. Kent Kroehler at DeBord Snyder Funeral Home, 141 E. Orange St., Lancaster on Tuesday, November 16, 2021 at 11:00 AM. A visitation will be held from 10:00 AM until the time of service. A private Masonic Service was held the previous week for immediate family. Interment will be at Millersville Mennonite Cemetery. To leave an online condolence, please visit www.DeBordSnyder.com

Offer Condolence for the family of Donald K. Tribit