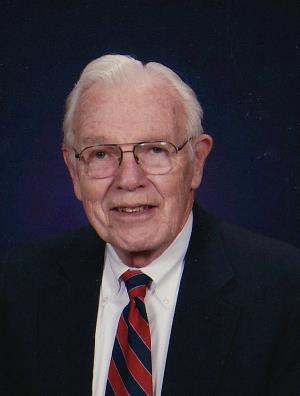 Donald Gustav Goldstrom passed away on March 15, 2017, at 89 years of age.  He was born in Pittsburgh, Pennsylvania, to parents, the late Gustav Edmund and Ebba Shogren Goldstrom.

Don and Elizabeth (known to family and friends as Sue) headed a loving family filled out by the addition of three children, Donald Glenn Goldstrom, Karen Goldstrom Bennett and Mark Edmund Goldstrom. Sue was the manager of household affairs and “Mother Superior.” Don knew that he was blessed.

Don’s life was an eclectic existence that began during the Great Depression. Growing up in a modest neighborhood and educated in Pittsburgh public schools, he went on to attend college, first at the U.S. military academy at West Point and then the University of Pennsylvania, where he graduated from the Wharton School. He joined Armstrong Cork Company in Lancaster upon graduation and retired 38 years later as the company’s vice president of advertising and marketing services.

Don was active in industry affairs: a director and president of the Association of National Advertisers (ANA); a director and president of the Audit Bureau of Circulations (ABC); and author of numerous business articles. He also worked with the Federal Trade Commission (FTC), establishing a successful process for the enforcement of “truth in advertising.”

Community organizations also benefited from Don’s talents. He served as director of the Boys and Girls Club of Lancaster for more than 20 years and was a founder of the Amphitheater Foundation, president of the Fulton Opera House Foundation and member of the board of directors of WITF. Don was named chairman of the Lancaster County Commission for the celebration of America’s Bicentennial and was an alumni trustee at the University of Pennsylvania.

Many of Don’s business and personal interests were the product of his liberal arts background. He always referred to his career at Armstrong as a “dream job.” There he was involved in and supervised the company’s long-time national magazine campaigns, as well as its entrance into television advertising and production of “Armstrong Circle Theater.” He also helped create training films and special programming for Armstrong distributors and retailers.

These experiences led to extracurricular activities, including musical revues at the Fulton Theater and entertaining shows for members of the Hamilton Club and Lancaster Country Club. He also wrote an original musical, “Topical Cruise,” which ran as part of the Fulton Theater’s regular season. Additionally, Don regularly created birthday cards with original artwork for friends and family.

Don’s father was a professional musician in Pittsburgh, which kindled young Don’s interest in music. As a young boy, he regularly performed on the radio as a member of a trio. Later in life, although he stubbornly refused to take musical training, he was invited to help Bob Troxell form the Big Big Jazz Band and participate as the band’s guitarist. Don, who never learned to read music, played by ear. According to him, his biggest challenge was not the notes, but learning to turn arrangement pages with other band members. He played in the band for more than 35 years, including a performance one week prior to his passing. One of his biggest musical thrills was playing with the pros at the annual North Carolina Jazz Festival.

Sports were always part of Don’s life. In high school, he played on city championship basketball and football teams. He was recruited by West Point and as a plebe, played on Army’s national championship team in 1945, along with Doc Blanchard and Glenn Davis. While at West Point, he also was the starting pitcher in an exhibition game against the 1947 Brooklyn Dodgers.

Don married his high school sweetheart and transferred from West Point to the University of Pennsylvania, where he continued to play football and was named to the United Press line of the week and All East team, as well as the “Football News” all-American team. However, he was most proud of receiving the Edgar M. Church award, presented to him by his teammates.

Don led a rich, full life. He was an elder and deacon at First Presbyterian Church, where he and Sue were members since 1952. He also held memberships at the Hamilton Club and Lancaster Country Club. Don and Sue traveled extensively during their 66-year marriage, including two trips to the Goldstrom family homestead in Sweden. However, it was Jackson, Wyoming, and the Snake River that beckoned them each year and enabled Don to pursue his love of fly-fishing.

A memorial service to celebrate Don’s life will be held on Saturday, March 25, 2017, at 11 a.m. at First Presbyterian Church, 140 E. Orange St., Lancaster, Pa. Friends may greet the family at the church on Saturday from 9:30 a.m. until the time of the service. Please omit flowers. Memorial contributions may be made to First Presbyterian Church or the Boys & Girls Club of Lancaster, 116 S. Water St., Lancaster, Pa. 17608.

Offer Condolence for the family of Donald G. Goldstrom