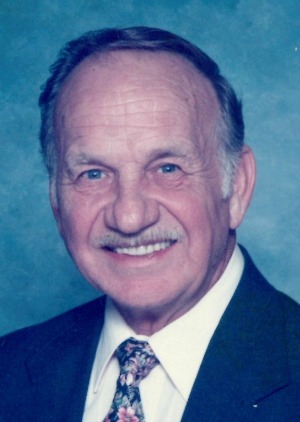 Donald C. Henning, of Mountville, passed to the Lord, on November 30, 2017, at 84 years of age. He was the loving husband of Theresa (Sickman) Henning. He was born in Chicago and was one of seven children of Frank and Agnes Henning.

Don married Nanci Thomas in 1954. In their fifteen years of marriage they had five children. Surviving children are Betsy Ducote, Erick Henning, Valerie Comise and Sallie Carter. In 1987 Don married Roma Dorsey. It was short lived however, with Roma going to the Lord in 1992. In 1993 Don married Theresa Sickman Barber and they settled in Mountville. Don has a surviving brother, William Henning and two surviving sisters, Rosemary Winslow and Sue Sullivan.

Don worked in the travel industry most of his life starting with Greyhound bus out of Chicago. He lived in various locations including Eugene, OR, Denver, CO and Pennsylvania. He began a travel and tour company while driving bus for Johnson Bus Company in Elizabethtown. Can/Am Tours developed into a popular tour company taking people on trips to many destinations in the US, Canada, Mexico and Europe. His favorite destinations in the US were the National Parks and in Europe was Iceland, which he visited three times. After retiring from Johnson Bus, he worked part-time for Rohrer in Harrisburg and Elite in Ephrata. Here he changed his tour name to Sweet Sixteen Seniors seeing many places.
Don had a great historical knowledge of the Old West starting with the Lewis & Clark Voyage of Discovery which he did in its entirety. He also gave lectures on it during the 200 year anniversary in 2004. Don would like to be remembered for his historical knowledge of our Old West and having driven just about two million miles without an accident.

A favorite destination and a place that holds special importance to him is The Chapel of the Transfiguration located in Grand Teton National Park in Wyoming.

Offer Condolence for the family of Donald C. Henning