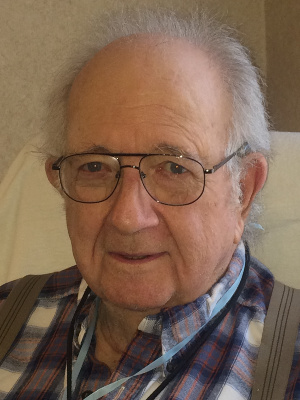 DONALD BROWNELL TROW, age 93, of Lancaster, PA, formerly of Binghamton, NY, died in his sleep at Hospice and Community Care in Mount Joy, PA. He was married for 66 years to Lee Wellman Trow until her death in 2014.

The son of William Clark Trow and Louise Brownell Trow, Don grew up in Ann Arbor, MI, graduated from the University of Michigan Elementary and High Schools (’43), received Naval Reserve Officer Training at the University of Michigan and Marquette University, was commissioned Ensign, and served at South Pacific naval bases. Upon his return he served briefly in the Naval Reserve, attaining the rank of Lieutenant, j.g., finished his BA degree at Michigan, taught high school history in Mt. Clemens, MI, where he met Lee, and earned a PhD in social psychology at the U of M.

He and Lee married in 1948. After appointments at Carnegie Tech and Yale University, he and Lee and their children moved in 1960 to Binghamton, NY where he had joined the Harpur College Sociology Department, retiring as Professor in 1991 from what had become Binghamton University. He published articles on social psychology and served at different times as Department Chairman and Undergraduate and Graduate Chairman.

He and Lee were ardent outdoors people. Together they climbed all 46 Adirondack peaks over 4,000 feet and all 36 Catskill peaks over 3,500 feet, the latter in winter on snowshoes. They canoed extensively on Adirondack lakes and streams, and did the Big Bend stretch of the Rio Grande and a stretch of the Green River. Don was a volunteer with the Broome County United Way and Binghamton Meals-on-Wheels. He played recorder, built beautiful wooden boats, and in retirement published slim volumes of light verse. In 2008, he and Lee moved to Homestead Village in Lancaster, PA, where he lived until his death.

He is survived by son Steve and daughter-in-law Robin Kessler and his children, Jennie and Kevin; daughter and son-in-law Pam and Kirk Liddell and their children Dr. Jennifer (and husband Dr. Daniel) Kaminstein, Devon, James (and wife Heather), and Tim; son and daughter-in-law W. Clark and Kim Trow and their daughter Leah; great grandsons Noah, Liam, Asher and Jonah Kaminsten and great-granddaughters Liana, Eliza and Julia Liddell; also by a brother William H. Trow and his children and grandchildren.

Offer Condolence for the family of Donald Brownell Trow