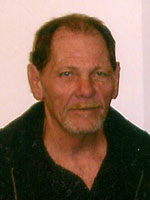 Dennis L. Wickersham, 60, of Harrisburg, formerly of Lancaster, passed away Sunday, September 25, 2011 at Community General Hospital. Born in Lancaster, he was the son of the late Lewis R. and Amanda Troop Wickersham.

Dennis worked as a cook for the Giant Food Store Linglestown Road, Harrisburg. He was an avid supporter of the Salvation Army to which he made weekly donations. He also made monthly donations to the St. Jude’s Children’s Research Hospital and Feed the Children.

He will be lovingly missed by: a daughter, Stacy; 3 sons, Dennis, Jr., Anthony, and Joseph; his fiancé, Sheryl Bigg; 2 brothers, Lewis R., Jr. husband of Louise Wickersham, and Samuel Wickersham; 3 sisters, Diane Pauza, Bertha Wilson, and Debra wife of Douglas Fitzkee. He was preceded in death by 2 brothers, Robert and John.

Funeral Services will be held from Kearney A. Snyder Funeral Home 141 E. Orange St. Lancaster, on Thursday, September 29, 2011 at 7 PM. Friends may call on Thursday, from 6 to 7 PM at the funeral home. Kindly omit flowers. Contributions may be sent to the St. Jude’s Children Research Hospital 501 St Jude Place Memphis, TN 38105.

Offer Condolence for the family of Dennis L. Wickersham