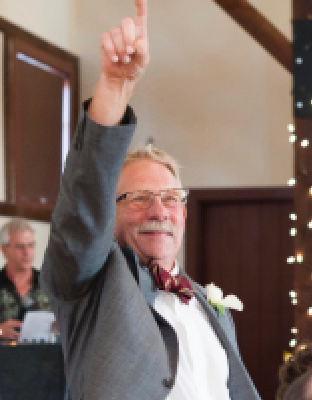 Dennis Eugene Duncan, better known by his friends as Denver and by his best friends as Gramps, 70, of Lancaster passed away on Sunday September 6th, 2020. Born at St. Joseph’s Hospital in Lancaster on March 21, 1950.

Denver was a graduate of J.P. McCaskey High School, served and was honorably discharged from the United States Army. He was a jack of all trades, working, volunteering, and making friends at many places throughout the county including several years at Darrenkamp’s.

Denver was young at heart and relished time spent with his daughters and especially his grandchildren. He would frequently be found rocking a baby in his famous football hold, on the floor playing toys with them, or out on a walk looking for mischief. To say Denver was a fan of the New Orleans Saints would be an understatement. He also enjoyed watching and playing golf, spending many years working at Meadia Heights Country Club providing sometimes unsolicited advice to the golfers.

Denver made an impact on everyone he met, even if just in passing when wishing someone to have a better one after they wished him a good day. His mustached smile was infectious and he was always quick with a witty remark. He will be fondly remembered and sorely missed by everyone fortunate enough to come to know and love him.

Denver’s life will be celebrated at Meadia Heights Country Club, 402 Golf Road, Lancaster, PA on Saturday, September 12th. There will be no public viewing. His family will receive guests from 11 – 12 P.M. A private luncheon will follow.    Donations in Denver’s honor can be made to the Brees Dream Foundation at www.drewbrees.com.

Offer Condolence for the family of Dennis Eugene Duncan